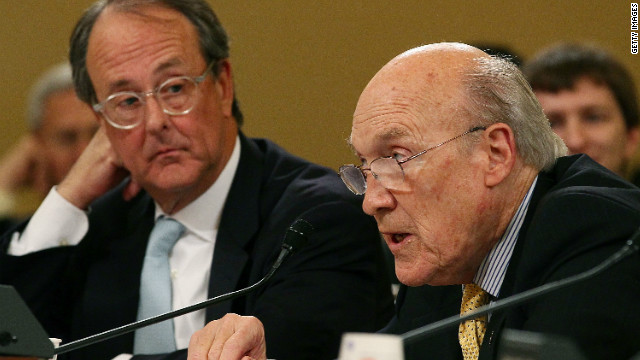 New York (CNNMoney) - Erskine Bowles and Alan Simpson proposed a new framework Tuesday to cut the country's debt by $2.4 trillion over the next decade.

Bowles and Simpson were the co-chairmen of President Obama's bipartisan fiscal commission in 2010, and their recommendations came to serve as a yardstick for other debt-reduction proposals.