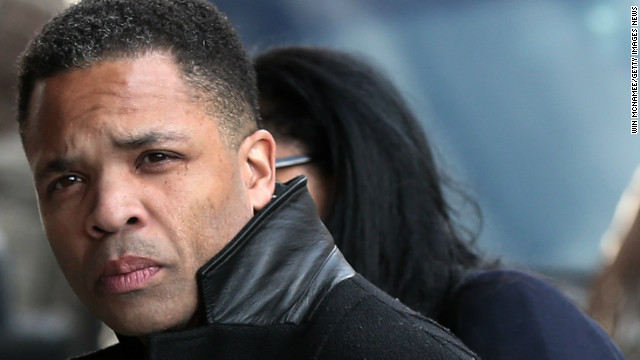 ANATOMY OF A SMEAR? NY DAILY NEWS REPORTER DAN FRIEDMAN ON HOW HE STARTED THE RUMOR THAT HAGEL SPOKE TO “FRIENDS OF HAMAS”… Friedman writes: "Here’s what happened: When rumors swirled that Hagel received speaking fees from controversial organizations, I attempted to check them out. Hagel was in hot water for alleged hostility to Israel. So, I asked my source, had Hagel given a speech to, say, the 'Junior League of Hezbollah, in France'? And: What about 'Friends of Hamas'? The names were so over-the-top, so linked to terrorism in the Middle East, that it was clear I was talking hypothetically and hyperbolically. No one could take seriously the idea that organizations with those names existed — let alone that a former senator would speak to them. Or so I thought." – Dan Friedman

THE TOLL? HAGEL UNFAVORABLES DOUBLE IN A MONTH… “Unfavorable opinions of Chuck Hagel have increased over the past month as he has faced a bruising confirmation battle to become President Obama’s secretary of defense, according to a new national survey from the Pew Research Center. The survey, conducted Feb. 14-17 among 1,003 adults, finds that 22% have a favorable opinion of Hagel while 28% have an unfavorable view; 50% express no opinion about the former Nebraska GOP senator.”

TRAIL TRIVIA
(Answer below)
Legislation renewing the U.S. Post Office Department was signed on this day in 1792. Why did William Goddard spearhead the postal service?

It is no wonder that more than eight in 10 Americans disapprove of how Congress does its job. The sputtering economy, a dismal housing market, and sharp-edged partisanship would seem to be enough to draw the ire of the American people.

Then there is this: A congressman using campaign funds to buy two hats belonging to the late singer Michael Jackson. How much? Try more than $8,000. Today, former Rep. Jesse Jackson Jr., D-Illinois, is paying a much bigger price for his hubris.

Jackson, who was elected in 1995, pleaded guilty to one federal charge related to using campaign funds for personal expenses.

“Guilty, your honor,” Jackson responded when U.S. District Judge Robert Wilkins asked him to enter his plea. “I used monies that should have been used for campaign purposes,” he continued.

That is an understatement. According to records, Jackson misused about $750,000 in campaign funds from August 2005 through July 2012.

The most eye-popping expenditures include the nearly $60,000 Jackson spent at Antiques of Nevada, expenditures that included two hats belonging to the late singer Michael Jackson costing more than $8,000; a $5,000 football signed by U.S. presidents; and memorabilia involving the Rev. Martin Luther King Jr., Malcolm X and martial artist Bruce Lee.

But the disgraced congressman’s love for Lee and Michael Jackson is just the tip of the iceberg in his campaign impropriety.

According to Jackson’s plea agreement, other expenditures on his campaign credit card include:

For misusing these campaign funds, Jackson pleaded guilty to one count of conspiracy to commit wire fraud, mail fraud and false statements and will be sentenced on June 28. According to Wilkins, the federal judge, he is facing 46 to 57 months in prison and a fine of between $10,000 and $100,000.

Gut Check Flashback: During a screening of the new documentary "I am Bruce Lee" at the Motion Picture Association, Jackson disclosed that he had “Bruce Lee body art,” before quickly adding that he probably shouldn't have admitted that in public. He also said that Lee was one of the “most influential men in his life.”

Leading CNNPolitics: Military shows Congress where mandatory cuts will hit home
Having warned about risks to national security, the military is now trying to show members of Congress exactly how mandatory budget cuts will impact their states. Just days before the forced spending cuts could begin to take effect, the Army and Navy are circulating estimates about which areas will be economically hit the hardest. – Mike Mount

Leading Drudge: 800,000 Pentagon Layoffs
The Pentagon notified Congress on Wednesday it will be furloughing its civilian workforce of 800,000 employees if sequestration goes into effect March 1. Defense officials have warned lawmakers that sequestration will devastate the military and lead to a hollow force, but the civilian furloughs will be one of the first major impacts felt by the across-the-board cuts. – Jeremy Herb of The Hill

Leading HuffPo: Universal Background Checks Backed By Republican Rep. Joe Heck
The prospects of passing an important part of President Barack Obama's gun control agenda improved a bit on Tuesday when a House Republican announced his support for universal background checks for firearm purchases. “I think the idea of background checks across the board, I'm not opposed to them,” Rep. Joe Heck (R-Nev.) told the Las Vegas Review-Journal. “And I disagree with people who say that this is going to be the first step to gun registration, which leads to gun confiscation. Look, about 40 percent of folks already undergo background checks when they get their guns. And that information is purged after a short period.” – Sam Stein

Leading Politico: Judge declares Jackson Jr. guilty
Former Rep. Jesse Jackson Jr. pleaded guilty in federal court Wednesday morning to charges stemming from the misuse of campaign funds.
“Sir, for years I lived off my campaign,” Jackson told the judge. “I used money I shouldn’t have used for personal purposes.” Jackson, who appeared somber in court, said repeatedly that he was guilty of all of the charges. – Ginger Gibson

Leading The New York Times: Arizona Senators, After Detour, Renew Immigration Push
Senators Jeff Flake and John McCain, two Arizona Republicans who once led broad efforts on an immigration overhaul and then retreated from them, are back. – Ashley Parker

- Cruz defends aggressive Hagel questioning -
REPUBLICAN SEN. TED CRUZ OF TEXAS IN AN INTERVIEW WITH CNN’S DANA BASH: “At the end of the day, I was elected to represent 26 million Texans and to speak the truth. You know, I think a lot of Americans are tired of politicians in Washington in both parties who play games. … The attention that has focused on me in my opinion is actually primarily being driven by an effort to distract from the merits of the Hagel nomination.”

–Groundhog Briefing at the White House: There is an offer on the table -
PRESS SECRETARY JAY CARNEY AT THE WHITE HOUSE PRESS BRIEFING: “He (President Obama) continues to have on the table an offer to the Republicans, an offer to the speaker of the House, that includes spending cuts, including savings from revenue, I mean savings from entitlement programs that are very tough for Democrats to accept. But as part of a balanced package, he has put it forward, and the offer still stands.”

- Medal of Valor recipient takes anti-gun control stand at White House -
KRISTA MCDONALD, KISTAP COUNTRY DEPUTY SHERIFF, AT A PRESS CONFERENCE OUTSIDE THE WHITE HOUSE: “The threat that I faced was somebody carrying a .40 Caliber Glock, the exact same firearm I was carrying. It wasn't about a high powered rifle. It wasn't about large capacity magazines. It was about somebody who wanted to do harm. And it's not about the gun, it's about who's behind the gun.”

- In first speech as secretary of state, Kerry outlines plans -
SECRETARY OF STATE JOHN KERRY AT A SPEECH IN CHARLOTTESVILLE, VIRGINIA: “I'm here because our lives as Americans are more intertwined than ever before with the lives of people in parts of the world that we may have never visited. In the global challenges of diplomacy, development, economic security, environmental security, you will feel our success or failure just as strongly as those people in those other countries that you'll never meet. For all that we have gained in the 21st century, we have lost the luxury of just looking inward.”

Before the United States Postal Service, the Crown post was the only game in town – a mail service run by the English. They screened almost every piece of mail coming in and out of the colonies and to William Goddard, the publisher of the Pennsylvania Chronicle, this was bad for business.

“Goddard experienced the abuse of authority by British firsthand in Philadelphia after forming a partnership with Benjamin Franklin to publish the Pennsylvania Chronicle—a paper sympathetic to the revolutionary cause,” the National Postal Museum writes about Goddard. “The local Crown postmaster failed to deliver out-of-town newspapers to him, depriving Goddard of a critical source of information. The Chronicle was subsequently driven out of business when the Crown post refused to accept it in the mails.”

In response to the Philadelphia Chronicle going under, Goddard became the driving force behind The Constitutional Post – an American postal service that competed with the Crown post. On October 5, 1774, Goddard petitioned the Continental Congress to support his plan and on July 26, 1775, Goddard’s plan was put into action and Benjamin Franklin became the first postmaster general.

“Goddard also achieved a measure of personal revenge as the revolutionary post forced the Crown post out of business in America on Christmas day, 1775 and becoming the foundation of the United States' postal system,” the Postal Museum writes.

Today, however, the United States Postal Service is facing the same competitive pressures the Crown post faced in 1775. Late last year, the post office announced a $2.1 billion cost savings proposal that would result in the end of next-day service for regular mail and the loss of about 28,000 postal worker jobs.