(CNN) – Prominent Republicans who support marriage rights for same-sex couples are the focus of a new million-dollar ad campaign that's set to roll out Wednesday. 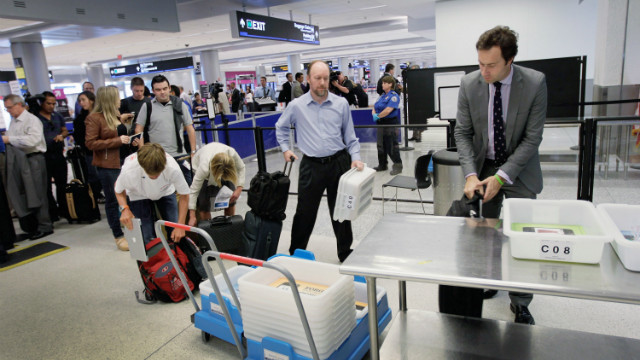 Budget cuts will mean more time at the airport

Washington (CNNMoney) - If you thought airport wait times were long, get ready for worse.

How about an extra hour to go through security? And, international travelers, brace for this - four hours to clear customs?

Unemployed would lose benefits if federal budget cuts go through

(CNNMoney) - The long-term unemployed can kiss goodbye almost 10% of their weekly jobless benefits if federal budget cuts go into effect on March 1.

Many safety net programs, such as food stamps and Medicaid, are protected from the $85 billion in forced spending cuts, but extended federal unemployment benefits are vulnerable.

"Guilty, your honor," Jackson responded to U.S. District Judge Robert Wilkins while dabbing his eyes with a handkerchief after he looked back at family members in the courtroom, including his father, civil rights activist Jesse Jackson.