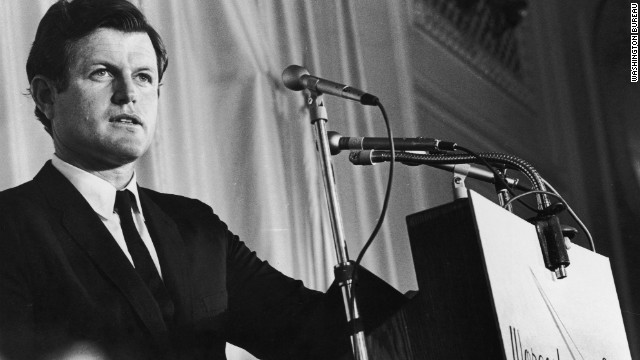 AIR SCARE: LAHOOD WARNS OF 90 MINUTE FLIGHT DELAYS... Transportation Secretary Ray Lahood at Friday’s White House Press Briefing: “Over $600 million of these cuts will need to come from the Federal Aviation Administration the agency that controls and manages our nation's skies. As a result of these cuts the vast majority of FAA's nearly 47,000 employees will be furloughed for approximately one day per pay period until the end of the fiscal year and in some cases as many as two days. … Flights to major cities like New York, Chicago, San Francisco and others could experience delays of up to 90 minutes during peak hours because we have fewer controllers on staff. Delays in these major airports will ripple across the country.”

CHANGE HE CAN BELIEVE IN: PAUL RYAN CHANGES COURSE ON DREAM ACT? As some prominent Republicans change their position on immigration, look no further than tweaks to Rep. Paul Ryan's website for examples of the evolving stance. While the House Budget Committee chairman's congressional site previously displayed clear opposition to the DREAM Act, it now states that immigration reform must include "finding a way forward" for children brought to the country illegally.

LEGACY WATCH: OBAMA SPLIT ON LOCATION OF PRESIDENTIAL LIBRARY… On Wednesday, President Barack Obama said he's still not sure which location – Chicago or Honolulu – would be the home of his presidential library. “Honolulu is my birthplace,” Obama said in an interview with Honolulu station KITV. “It's the place where I grew up and I've got so many friends and fond memories and it helped to shaped me. I'd like to find a way after my presidency that connection remains, but I live in Chicago now and that's where I grew up professionally.” – Kevin Liptak

TRAIL TRIVIA
(Answer below)
Who is the only president to never marry?

To mark what would have been the late Sen. Edward M. Kennedy’s 81st birthday, let’s go back in time to the 1980 presidential race.

The electorate blamed Carter for the drawn out Iran hostage crisis and Reagan capitalized on that sentiment.

But what if Carter had been defeated in the primary by Edward Kennedy? Kennedy ran in 1980 as the Democrat’s more liberal option, contrasting himself with Carter, a southern Democrat. Kennedy mounted a campaign that lasted to the Democratic convention. Kennedy’s concession speech smacked of a speech he would have delivered against Reagan. “The demand of our people in 1980 is not for smaller government or bigger government but for better government,” he told the crowd.

Had he been the Democratic nominee, could Kennedy have defeated Reagan?

We reached out to our readers on Twitter, Facebook and email and here were the general consensus was the even though Kennedy would have made the race closer than Carter, he would have eventually lost to Reagan.

In particular, Twitter and Facebook respondents said that Kennedy’s 1969 Chappaquiddick incident, where Mary Jo Kopechne was killed after Kennedy drove his car off a bridge, would have come back to haunt the Massachusetts senator.

Jonathan M. Williams: While this would have been a barn burner of a race, I believe that Reagan (with fewer skeletons in his closet) would have still won this election. While many Americans admired Kennedy's devotion to human rights, the stain of taking another's life was too much for the nation's voters to forgive. … We must also take into account that in 1980, Reagan had yet to achieve the title of "The Great Communicator." Many Americans viewed Reagan as out of touch and far too radical for the Presidency. In 1976, Gerald Ford even hinted that a "President Reagan" would start World War 3! If it weren't for the soured economy and Reagan's convincing debate performance, Carter likely would have won re-election. However, had Kennedy prevailed in the primaries, he would have had a much tougher, up-hill battle than did Jimmy Carter.

Leading CNNPolitics: White House sending Benghazi emails to Senate
The White House has agreed to turn over to the Senate Intelligence Committee additional e-mails and intelligence reports related to the lethal attack on the U.S. mission in Benghazi, Libya, according to a congressional source. The source said some of the materials have already been received by the panel and others “will be provided shortly.” – Pam Benson

Leading Drudge: Public Turns On Godfather
Well, now there is recent credible polling on Rahm Emanuel and it’s not good for the (Chicago) mayor. A Crain’s/Ipsos poll out Thursday finds that the mayor’s popularity has fallen sharply since voters were last surveyed in September: Just 2 percent of Chicagoans surveyed said they strongly approve of the mayor's job performance, with 12 percent somewhat approving and 5 percent leaning that way. At the opposite end, 13 percent strongly disapprove, 9 percent somewhat disapprove and 13 percent lean toward disapproval. – Edward McClelland for NBC Chicago

Leading HuffPo: Ted McCarthy
Last week, Texas Senator Ted Cruz’s prosecutorial style of questioning Chuck Hagel, President Obama’s nominee for defense secretary, came so close to innuendo that it raised eyebrows in Congress, even among his Republican colleagues. Senator Lindsey Graham, Republican of South Carolina, called Cruz’s inquiry into Hagel’s past associations “out of bounds, quite frankly.” The Times reported that Senator John McCain, Republican of Arizona, rebuked Cruz for insinuating, without evidence, that Hagel may have collected speaking fees from North Korea. Some Democrats went so far as to liken Cruz, who is a newcomer to the Senate, to a darkly divisive predecessor, Senator Joseph R. McCarthy, whose anti-Communist crusades devolved into infamous witch hunts. Senator Barbara Boxer, a California Democrat, stopped short of invoking McCarthy’s name, but there was no mistaking her allusion when she talked about being reminded of “a different time and place, when you said, ‘I have here in my pocket a speech you made on such-and-such a date,’ and of course there was nothing in the pocket.” – Jane Mayer for The New Yorker

Leading Politico: White House changes course on sequester
For the last six months, the White House told the groups that will suffer the biggest blow if domestic cuts go through one thing: We’ve got this. But a week before the sequester deadline, they’ve decided to change course, summoning cops, teachers, nurses and first responders to the White House for meetings on how to pitch their case to lawmakers on Capitol Hill reluctant to cut a deal. – Darren Samuelsohn

- Obama: World Leaders Easy When Compared to Congress –
DURING A MEETING WITH JAPANESE PRIME MINISTER SHINZO ABE, PRESIDENT BARACK OBAMA: “I don't need to persuade world leaders of that. They know that. I have got to persuade members of Congress. That can be harder sometimes. … Hope springs eternal. I will just keep on making my case not only to Congress but more importantly the American people. We should take a smart approach to deficit reduction and do it in a way that doesn't endanger our economy and endanger jobs.”

- Brownstein argues Sequester = Fight Between Brown & Gray -
RON BROWNSTEIN GIVES A SNEAK PEEK OF HIS NATIONAL JOURNAL COLUMN: “With each party (and its allied interests) resisting big changes in either taxes or entitlements... the nation faces the risk of sustained political tension between its racially diverse, Democratic-leaning youth population and its predominantly white, Republican trending senior population—what I’ve called the Brown and the Gray. Although it’s rarely discussed now, both groups share an interest in equipping the young to obtain middle-class jobs that will generate the tax base to support a decent safety net for the old. The sequester, by furthering the federal government’s four decade shift toward entitlements over investments, breaks that link—and in so doing ultimately threatens the prosperity of old and young alike.”

- Mark Kelly: Gun loophole makes no sense -
ASTRONAUT MARK KELLY, HUSBAND OF FORMER U.S. REP. GABRIELLE GIFFORDS, IN A PIECE FOR CNN.COM: “Ninety-one percent of background checks are completed instantaneously, and they don't lead to a government database. And they work. I passed my background check and got my gun, and since 1994, more than two million folks - among them, criminals and dangerously mentally ill people - failed their background checks. But we don't know which of those millions just got in their car and drove to a gun show, or home to their computer to go on the Internet - both places where anyone can buy a gun without a background check. That doesn't make sense. It's like saying, hey, criminals, to board the plane, either go through a metal detector and be checked against the terrorist watch list, or, if you prefer, walk right down that red carpet and take a seat, no search necessary. Which would you choose?”

Brad Dayspring (@BDayspring)
Why your boss is dumping your wife – THANKS #OBAMCARE – Companies dropping health coverage for spouses to cut costs http://ow.ly/hX7Dj

Andrew Kaczynski (@BuzzFeedAndrew)
Charles Krauthammer writes for National Review on immigration: Rubio's flawed plan is all we have left. http://www.nationalreview.com/articles/341261/immigration-lesser-two-evils-charles-krauthammer …

Donald J. Trump (@realDonaldTrump)
Republicans must be careful with immigration—don’t give our country away.

Jim Acosta (@jimacostacnn)
Obama letter to Congress on Cuba: "I am continuing the national emergency with respect to Cuba"

The "tall, stately, stiffly formal" James Buchanan, as his White House biography describes him, is the only president to never marry.

The reason Buchanan became a lifelong bachelor, a proposition that seems impossible for a president today, is because of a woman by the name of Ann Caroline Coleman.

Coleman and Buchanan had been engaged in 1819. During their courtship, however, the two spent very little time together, causing rumors to abound that Buchanan was seeing someone else.

Coleman became ill in November 1819 and died on December 9 of that year. The doctor who oversaw Coleman before she died speculated after her death that it was "the first instance he ever knew of hysteria producing death."

Despite rarely seeing Coleman, Buchanan was crushed. In a letter to Coleman's father, Buchanan wrote that he "may sustain the shock of her death, but I feel that happiness has fled from me forever."

After Coleman died, Buchanan pledged to never marry again, telling friends that "marry I could not, for my affections were buried in the grave."