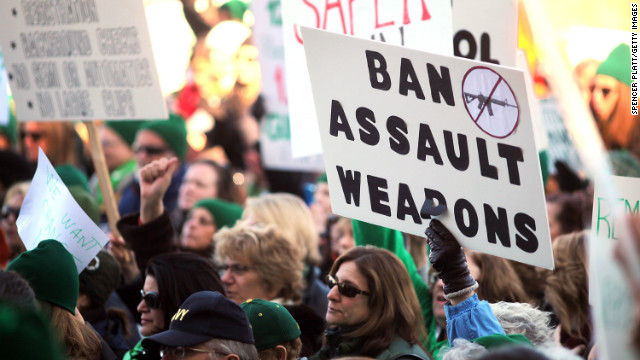 The ads from Organizing for Action, an independent group being run by some former Obama campaign officials, is part of a day-long effort on the guns issue. The group is sponsoring 100 events in 80 Congressional districts to generate support for the major gun control proposals being pushed by the White House. The events range from press conferences to candlelight vigils to petition drives for members of Congress.

The print ads go after 13 members of Congress, including two senators: Kelly Ayotte of New Hampshire and Susan Collins of Maine. Among the House members on the list are Reps. Daniel Webster and Bill Young of Florida, Rep. John Kline of Minnesota, Rep. Jim Gerlach of Pennsylvania, and Reps. Buck McKeon and Jeff Denham in California.

OFA’s efforts are the latest by gun control proponents, including a new group formed by former congresswoman Gabby Giffords, and Mayor Mike Bloomberg’s Mayors Against Illegal Guns. The groups were formed partly to combat the influence and power of the National Rifle Association, which launched its own new ad campaign this week aimed at building opposition to the sweeping new gun control proposals.

Organizing for Action, which cannot coordinate its activities with the White House, was formed a month ago to try to harness the power and list of supporters from the re-election campaign into a powerful advocacy tool to help support the president’s legislative priorities. So far OFA has sent email solicitations regarding the gun initiatives, immigration reform and the forced spending cuts set to take effect in one week.