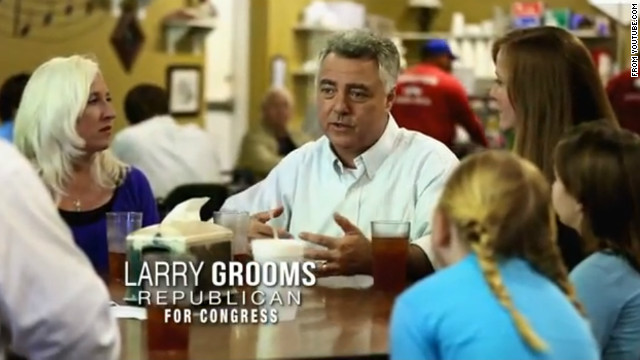 (CNN) - Here's one way to stand out in a extremely crowded field of candidates: pick up the endorsements of two congressmen.

State senator Larry Grooms stands among 15 other South Carolina Republicans vying for the nomination to replace Tim Scott, the former GOP congressman appointed late last year to fill the U.S. Senate seat of Jim DeMint. The most prominent Republican in the race is former Gov. Mark Sanford. There are two candidates on the Democratic side.

Grooms Friday landed the endorsements of Reps. Mick Mulvaney and Jeff Duncan, two conservative Republican congressmen from the Palmetto State who were elected to the House alongside Scott in 2010.

They stressed their endorsement wasn't a slight to Sanford but rather a nod to a state lawmaker who had cast conservative votes and who they considered a promising prospect for Washington.

"He's got a tremendous track record in Columbia and he supports the things that I support: that's limited government, free market, and individual liberties," Duncan said on a conference call with reporters. Mulvaney added, "It's easy to talk conservative. It's much harder to vote that way."

Sanford's campaign has been described by some as an "apology tour" as he seeks a return to politics after admitting to an extra-marital affair while serving as governor.

Some see Sanford and Grooms as similarly conservative on fiscal issues, but the two congressmen's endorsement is for Grooms - the candidate without the baggage of an affair, which could be a negative for tea party voters.

The March 19 primary is just under a month away and the special election will be held in May.