Washington (CNN) - There are four days left before $85 billion in widely disliked forced spending cuts start to take effect. So what's Congress - back from a weeklong break - doing Monday to change course?

Not much - at least publicly. 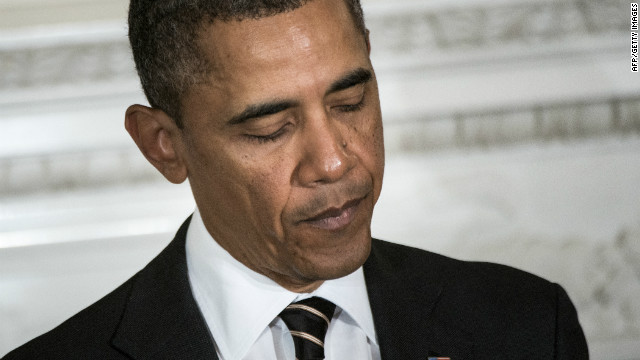 'These cuts do not have to happen,' Obama says

(CNN) - In his latest push to pressure Congress before a series of massive, across-the-board forced spending cuts kick in on Friday, President Barack Obama is bringing state governors into the conversation.

The president spoke Monday morning before the National Governors Association at the White House, where he urged the state executives to weigh in on the matter.
END_OF_DOCUMENT_TOKEN_TO_BE_REPLACED 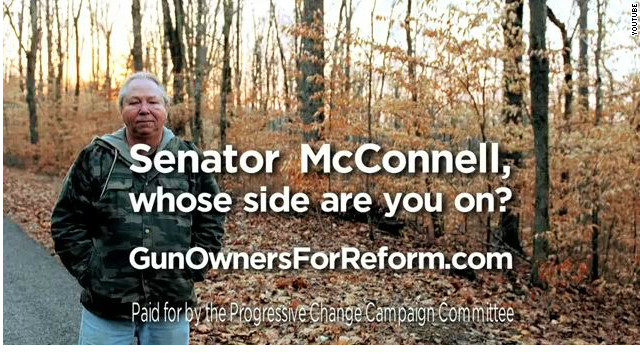 (CNN) - The current political fight over gun control is front and center right now in next year's re-election campaign for the top Republican in the U.S. Senate.

The Progressive Change Campaign Committee says it went up Monday with a new ad that criticizes Senate Minority Leader Mitch McConnell of Kentucky over his opposition to some gun control efforts in the wake December's mass shooting at an elementary school in Connecticut. And McConnell's re-election campaign is pushing back against the spot.
END_OF_DOCUMENT_TOKEN_TO_BE_REPLACED

Perry to speak at CPAC

(CNN) - Add Texas Gov. Rick Perry to the list of potential 2016 presidential hopefuls set to speak at a major gathering for conservatives next month.

Perry, who ran an unsuccessful 2012 bid for the White House, will deliver remarks at the annual Conservative Political Action Conference, hosted by the American Conservative Union.
END_OF_DOCUMENT_TOKEN_TO_BE_REPLACED

Washington (CNN) - The congressional ban on direct campaign contributions to federal candidates by corporations will stay in place after the Supreme Court on Monday refused to hear an appeal from a campaign supporter of Hillary Clinton.

The justices last week accepted for a review a separate appeal over individual donation limits. That case will be argued in the fall, with an expected ruling some months later.

Washington (CNN) - Two members of the Supreme Court took the unusual step of speaking out over racially insensitive remarks by a federal prosecutor in a drug case, when rejecting review of the defendant's appeal.

Justice Sonia Sotomayor wrote a strongly worded statement Monday, saying the prosecutor's remarks about an African-American suspect were "an affront to the Constitution's guarantee of equal protection of the laws."
END_OF_DOCUMENT_TOKEN_TO_BE_REPLACED

On the four-day trip, Reince Priebus will stop in Denver to hear Hispanic voters and GOP activists before heading to Los Angeles on Tuesday to meet with Hispanic and Asian voters.
END_OF_DOCUMENT_TOKEN_TO_BE_REPLACED 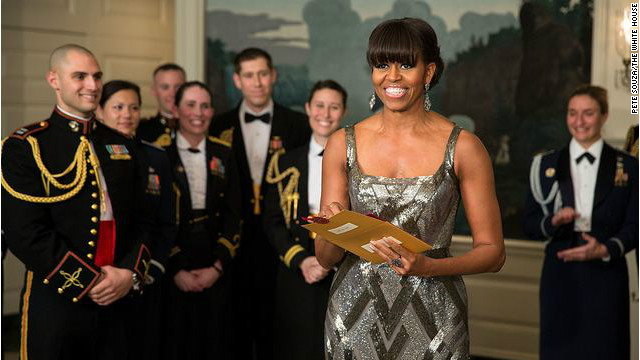 "Tonight, it is my great pleasure to introduce live from the White House, the first lady of the United States: Michelle Obama," he said.
END_OF_DOCUMENT_TOKEN_TO_BE_REPLACED

Spending cuts showdown may drag on

New York (CNNMoney) - Chances are slim that Congress will avert the automatic spending cuts before they take effect on Friday. It's more likely lawmakers will reach a deal to replace the cuts after they begin.
But there's no telling when.

Funding for numerous federal agencies and programs will be slashed, half from defense and half from nondefense spending.

Michelle Obama tweets: @FLOTUS It was a thrill to announce the #Oscars2013 best picture winner from the @WhiteHouse! Congratulations Argo! -mo

URGENT  Syria regime ready to talk 'with all who want dialogue': Muallem

MOSCOW, Feb 25, 2013 (AFP) – The regime of Syrian President Bashar al-Assad  is ready to talk with all parties, including armed groups, who want dialogue to  end the conflict, Foreign Minister Walid al-Muallem said on Monday at the start  of talks with Russian Foreign Minister Sergei Lavrov.

"We are ready for dialogue with all who want dialogue, including those who  are carrying arms," Muallem said at the Moscow talks with Lavrov, who warned  there was "no acceptable alternative" to a political solution and that further  bloodshed risked Syria's collapse.

Just days after a storm walloped the Great Plains, a second one - bringing with it heavy snow and strong winds - was slamming the region early Monday, forcing airline cancellations and school closures from Colorado to Texas. National Weather Service forecasters warned the storm was bringing potentially "life threatening" and "crippling" blizzard conditions with freezing temperatures to portions of southeast Kansas, northwest Oklahoma and the Texas panhandle overnight.