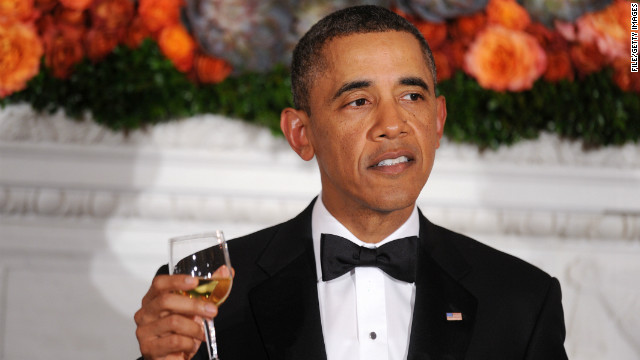 (CNN) – After reports that top donors to the political group formed by President Barack Obama's campaign team would be granted quarterly access to the president, the White House stressed Monday the new organization would remain independent from administration activities.

But White House Press Secretary Jay Carney didn't deny that donors to the group, called Organizing for Action, could attend meetings with Obama or members of his staff.

"Administration officials can meet with them, including the president, but the fact of the matter is this is an independent organization that is supporting an agenda," Carney said.

The reports, in the New York Times and the Washington Post, indicated supporters who raised or contributed more than $500,000 for OFA would be invited to attend meetings with the president four times a year. The group was formed in January from the remaining infrastructure of Obama's presidential campaign to help promote his policy agenda.

Asked directly whether $500,000 was the "price tag to see the president," Carney said no, and stressed that OFA was an independent organization with restrictions on how it can interact with administration officials.

He also said administration officials would not raise money for the political group, but may attend OFA events "in their official capacity."

Since its formation, Organizing for Action has utilized its substantial supporter email database, carried over from the Obama re-election campaign, to promote Obama's calls for comprehensive immigration reform and tighter gun control measures.

The news reports identifying $500,000 as the price for meeting with the president drew sharp criticism since Obama has campaigned heavily for greater transparency in government and reduced influence peddling in Washington.

Carney said Monday the president was still focused on those issues.

"The president has been very clear that we should be doing more to reduce the role of money in politics," he said, pointing to Obama's support for the DISCLOSE Act, which would require greater transparency into who funds secretive, often negative campaign advertising from tax-exempt groups who aren't required to name their donors.

While not required by law, OFA has said they will periodically identify people who gave them financial contributions.