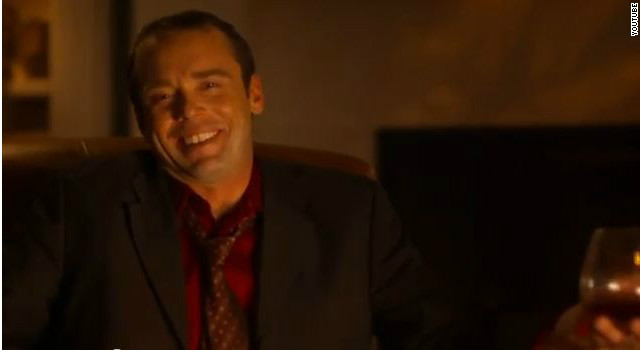 S.C. political ad: 'Sugar, would you give me one more chance?'

In the 30-second television spot, a smarmy actor looks directly into the camera as he holds a glass of wine and pleads with a smug smile for the viewer to take him back.

"I know I've spent too much but what's a few trillion? It was all for you," he says, as romantic music plays in the background and a fireplace burns behind him. "But I've changed I'll keep my promises this time. It'll be different."

He then leans forward, intently: "I'm sorry for all the mistakes I've made. Sugar, would you give me one more chance?"

The ad then breaks with an interruption from the narrator.

"Break up with career politicians," she says, as images of some of the other candidates appear on screen. "The right guy: Teddy Turner. Conservative Republican. Economics teacher. Not a politician."

Turner, a high school economics teacher, took a swing at the idea of a "career politician" in his last TV ad, as well. The attack is targeted against former Gov. Mark Sanford and other candidates in the crowded GOP primary who serve as current and former state lawmakers.

The congressional seat became vacant after Gov. Nikki Haley appointed Republican Rep. Tim Scott to replace Sen. Jim DeMint in the Senate. DeMint resigned at the end of 2012 to head the Heritage Foundation, a conservative think tank in Washington.

The line in the spot about "mistakes" appeared to be a knock at Sanford's controversial–and recent–past in which he admitted to an extramarital affair in 2009, then filed for divorce a year later before finishing out his time in office in 2011.

Now Sanford, who represented the same district in the U.S. House of Representatives before becoming governor, is back in politics and hoping to reclaim the congressional seat he once held. Since entering the Republican contest, Sanford has sought redemption and frequently acknowledges his mistakes.

But his opponents have made him the core subject of their attacks, both in subtle tones and in full-out attack mode.

State Sen. Larry Grooms also released a new ad this week. The lawmaker looks into the camera and says "all the candidates are talking about the same issues we've heard before."

"Yes, I'm a pro-life, Christian conservative who knows D.C. spends too much," he continued. "But I'm in this race because I'm worried, worried for our families."

Grooms Friday landed the endorsements of Reps. Mick Mulvaney and Jeff Duncan, two conservative Republican congressmen from the Palmetto State who were elected to the House alongside Scott in 2010.

Less than a month away, more than a dozen candidates will face off in the GOP primary on March 19.