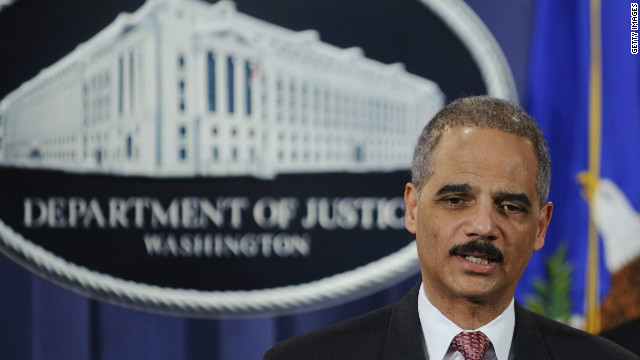 Washington (CNN) - A top congressional Republican complained Thursday that FBI jets are being used too much on travel for the FBI Director and Attorney General and not enough for FBI missions.

Senator Charles Grassley of Iowa expressed particular concern about the use of two Gulfstream V planes. "These luxury jets were supposedly needed for counterterrorism, but it turns out that they were used almost two-thirds of the time for jet-setting executive travel instead," Grassley said.

According to a report by the Government Accountability Office, the cost of flights for several attorneys general and FBI director Robert Mueller on Gulfstream and other FBI planes cost $11.4 million for fiscal years 2007 through 2011. Alberto Gonzales, Michael Mukasey and Eric Holder held the post of attorney general at varying times over those years.

The GAO study was requested by Grassley and Republican Rep. Jim Sensenbrenner of Wisconsin.

The GAO report did not make any recommendations or say that executive travel prevented the use of planes for actual FBI missions. It notes the attorney general and FBI director are required to use government aircraft for both business and personal travel because of "security and communications needs."

A statement issued by the FBI and Department of Justice said the GAO report made clear that the majority of travel "has been for official business travel in furtherance of the Department's national security and public safety mission."

"Counterterrorism, and weapons of mass destruction operations–whether transporting investigators or other forensic experts, critical evidence, or apprehended terrorists –are the first priority for all FBI aircraft," according to the statement.

When it comes to personal travel officials reimburse the government but rules call for them to pay full coach fare, a much lower rate than the actual cost of using FBI jets. As an example, the FBI said that in November 2010 Attorney General Holder used a Gulfstream jet for a personal trip to New York. The cost of operating the aircraft was estimated at $15,894. Holder paid the estimated commercial coach fare of $420.

Whether trips are for official business or private travel the use of FBI planes can be extra costly. The GAO notes some of the planes are kept at a secret location for operational purposes. When used for executive travel they have to be flown into Washington to pick up the attorney general or FBI director before beginning trips. Those extra legs have cost $1.5 million dollars from fiscal 2007 through 2011.

Members of Congress have asked for information on FBI aircraft use in the past. On November 20, 2012 the FBI sent information to Capitol Hill which said the reimbursement rate was consistent with that charged other cabinet members who are required to travel on government planes.