#JediMindMeld: May the forced spending cuts be with you

(CNN) - If nothing else could bring the Republicans and Democrats to a deal to replace the forced spending cuts, maybe The Force can.

President Barack Obama mixed Star Wars and Star Trek metaphors in response to a question from CNN's Chief White House Correspondent Jessica Yellin in the White House Briefing Room on Friday, saying he didn't have the power to "somehow do a Jedi mind meld with these folks and convince them to do what's right."

Obama has acknowledged he's a Trekkie, going so far as to invite Nichelle Nichols - the actress who played Lt. Uhura - to the White House.

Here's a photo of Nichelle in the Oval Office meeting w/ Pres Obama last year – a wonderful memory to be sure! http://t.co/NUHNypih

He also said in a 2011 speech at Northern Michigan University after viewing technology teachers use to teach classes online, "I felt like the guy in Star Trek. I was being beamed around across the Upper Peninsula."

We must bring balance to the Force. #Sequester #JediMindMeld pic.twitter.com/lIZlgavhuR

As did the actor who played Spock in Star Trek:

Only a Vulcan mind meld will help with this congress. LLAP

.@WhiteHouse You know who else was supposed to bring 'balance' to the force? #JediMindMeld

Can we get bipartisan agree the "Jedi mind meld" comment is one from which America may never recover.

Obama is trying to cut government spending by having some operational capabilities of Star Fleet merge with the Jedi Council. #mehjoke

Obama concludes press conference: "Live long, prosper, and may the force be with you." #jedimindmeld

So Obama apparently said "Jedi mind meld" today, and Trekkies and Star Wars fans(..ies?) are freaking out because he mixed things up.

Jedi mindmeld? This POTUS of all people should know better. pic.twitter.com/IyM39vUuDC

Others said he should be cut some slack, such as Twitter user @grifflion, who posted, "People! Obama has WAY more important things to think about other than a Star Trek or Star Wars analogy. geezuz."

Upset about Obama saying "Jedi mind meld"? I say this as a Trekkie: HE IS THE PRESIDENT. HE DOES NOT HAVE TIME TO WORRY ABOUT MADE-UP STUFF. 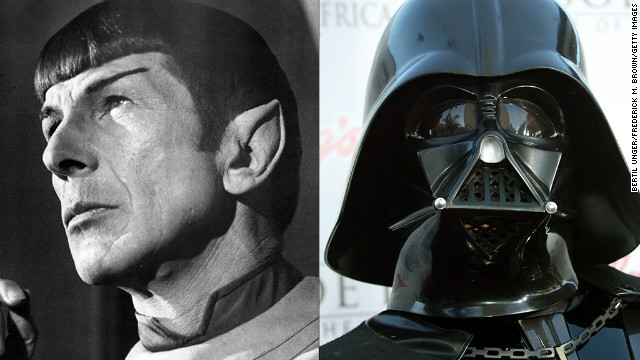