(CNN) - Former Sen. Scott Brown of Massachusetts confirmed on Twitter early Friday that he's hosting a fundraiser for New Jersey Gov. Chris Christie, a Republican who, like Brown, has been elected in a highly-Democratic area.

How it happened: Deadline day for the forced spending cuts

(CNN) - Lawmakers have known about this day since August 2011 - a day they say was never supposed to come - but nevertheless, it's here.

Starting Friday, the federal government is required by law to start cutting $85 billion from its budget over the next seven months, with a total of $1.2 trillion over the next decade.
END_OF_DOCUMENT_TOKEN_TO_BE_REPLACED 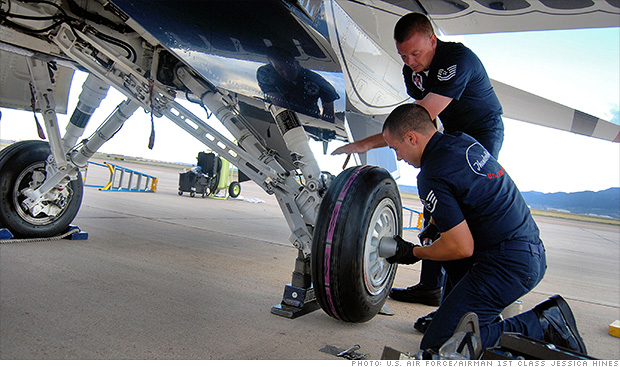 New York (CNNMoney) - As Washington braces for automatic spending cuts, small businesses in the military town of Colorado Springs say they have been losing government business for months.

The general uncertainty facing federal agencies has trickled down to the companies that rely on federal contracts.

The day that was never supposed to happen is here

(CNN) - Today is the day lawmakers have known about since August 2011: the day those forced federal spending cuts kick in.

This Friday is also a day many never expected would come. After all, the cuts known as sequestration were designed to be so draconian that lawmakers would be forced to compromise and avoid them.
END_OF_DOCUMENT_TOKEN_TO_BE_REPLACED

Gas prices rose 10% this month, making it the worst February on record, but drivers can expect relief up ahead. The national average for a gallon of regular gasoline was $3.78 on Thursday, according to AAA, down about half a cent from the day before. But it was only the fourth day this month that prices declined, and gas is nearly 50 cents more expensive than it was at the beginning of the year.

A meticulous new analysis of Antarctic ice suggests that the sharp warming that ended the last ice age occurred in lock step with increases of carbon dioxide in the atmosphere, the latest of many indications that the gas is a powerful influence on the earth’s climate. Previous research suggested that as the world began to emerge from the depths of the ice age about 20,000 years ago, warming in Antarctica preceded changes in the global carbon dioxide level by something like 800 years.