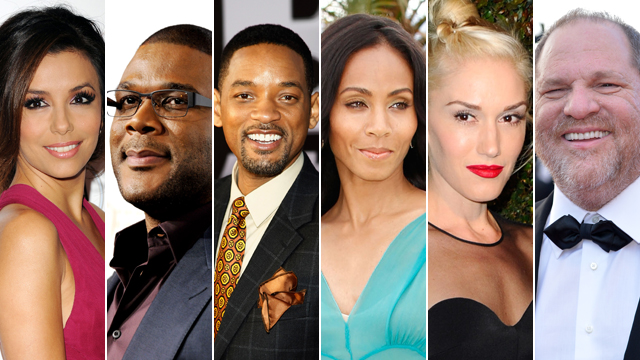 (CNN) - Although federal law places limits on the amount an individual can donate to political campaigns and groups, there are the bundlers: "volunteer fundraisers," as President Barack Obama's campaign calls them, who pull together individual donations to form the huge sums campaigns need.

The Obama campaign has voluntarily disclosed their bundlers, and new details out Saturday show some of their biggest volunteer fundraisers are big stars.

The list identifies almost 250 bundlers who raised more than $500,000 for Obama's re-election effort in the fourth quarter of 2012, a period including the weeks before Election Day. The list puts bundlers into several tiers starting with those who raised more than $50,000 and ending with the $500,000-plus bracket. But it does not specify how much an individual contributed.

At least two - magazine editor Anna Wintour and Penny Pritzker, a business owner and hotel heiress - are understood to be on Obama's short list for spots in his administration.

Among those rounding out the bundlers are CEOs, lawyers, members of the entertainment industry and Democratic fundraisers. Several hosted fundraisers for Obama's campaign.

Also on the list: Jon Corzine, the former New Jersey governor and senator who was CEO of the now-bankrupt MF Global where investigators say more than $1 billion in customer funds are missing.