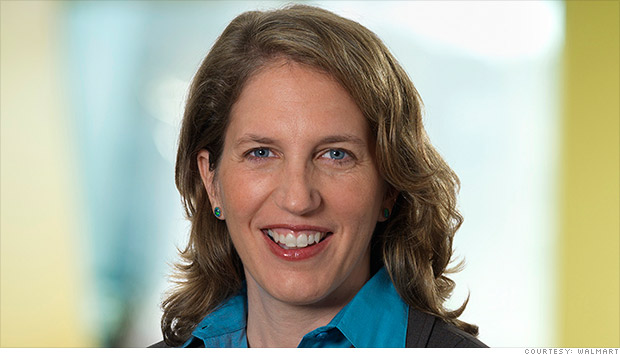 Official: Walmart Foundation head to be tapped as next OMB director

(CNN) - Sylvia Mathews Burwell will be nominated Monday by President Barack Obama to be the director of the Office of Management and Budget, a senior Obama administration official said.

Burwell is currently the head of the Walmart Foundation, the retail chain's charitable organization.

(CNN) - Republican Sens. John McCain and Lindsey Graham have vowed to hold up a full Senate vote on CIA Director nominee John Brennan until they get answers about the U.S. Consulate attack in Benghazi, Libya.

"I'm not going to vote on a new CIA director until I find out what the CIA did in Benghazi," Graham said Sunday on CBS's "Face the Nation."
END_OF_DOCUMENT_TOKEN_TO_BE_REPLACED

In a regulatory filing, the Las Vegas Sands Corp., run by controversial Republican party donor Sheldon Adelson, also admitted that the company was under investigation by the Department of Justice and the Securities & Exchange Commission for violating the international bribery law.

(CNN) - Ann Romney, the wife of former GOP presidential nominee Mitt Romney, confirmed in an interview that she considered an offer to join ABC's "Dancing with the Stars," but ultimately declined.

"I would've loved to have done it, and I am turning 64, and I started thinking about it," she said on "Fox News Sunday." "I'm not really as flexible as I should be."
END_OF_DOCUMENT_TOKEN_TO_BE_REPLACED

Biden apologizes for not being in Selma in 1965

(CNN) - At the commemoration of the historic Selma to Montgomery civil rights march, Vice President Joe Biden on Sunday expressed guilt for not joining the Alabama demonstration nearly half a century ago.

The vice president also used the opportunity to lament the dozens of voting restrictions proposed by states in the last couple of years and argued against a challenge to the Voting Rights Act of 1965 that's now being heard in the Supreme Court.
END_OF_DOCUMENT_TOKEN_TO_BE_REPLACED

Romney: 'My heart said we were going to win'

(CNN) – Former GOP presidential nominee Mitt Romney looked back to the moment on election night that he knew he had lost.

"It was a slow recognition, until ultimately when the Ohio numbers began coming in and they were disappointing, I said, 'Look, this looks like we lost.' Wasn't certain. Some people said 'Oh, look, if this number comes in you could win,' but by 8 or 9 o'clock it was pretty clear that we were not going to win."
END_OF_DOCUMENT_TOKEN_TO_BE_REPLACED

(CNN) – As Washington moved on to the next fiscal battle, House Speaker John Boehner sounded optimistic about the prospect of passing a measure by March 27 that would continue funding the government and avoid a shutdown.

"The president this morning agreed that we should not have any talk of a government shutdown," Boehner said in an interview that was taped Friday and aired Sunday on NBC's "Meet the Press." "So I'm hopeful that the House and Senate will be able to work through this."
END_OF_DOCUMENT_TOKEN_TO_BE_REPLACED

(CNN) - House Speaker John Boehner says he doesn't know if the forced spending cuts that began taking effect Friday will actually have a negative impact, although he argued in a recent op-ed that the sequester would threaten "U.S. national security, thousands of jobs and more."

"I don't know whether it's going to hurt the economy or not," he said in an interview that aired Sunday. "I don't think anyone quite understands how the sequester is really going to work."
END_OF_DOCUMENT_TOKEN_TO_BE_REPLACED

(CNN) – During an interview on CNN, Senate Minority Leader Mitch McConnell on Sunday defended his wife against what he described as a "racial slur" by a left-wing group.

The group, Progress Kentucky, ignited controversy after it drew a connection between McConnell's wife, former Labor Secretary Elaine Chao, and the practice of outsourcing.
END_OF_DOCUMENT_TOKEN_TO_BE_REPLACED

(CNN) - One day after ordering $85 billion in automatic, across-the-board spending cuts to go into effect, President Barack Obama was on the phone with members of both parties Saturday, trying to find the "bipartisan compromise that we need to get out of this," said Gene Sperling, the president's senior economic aide.

"He's reaching out to Democrats who understand we have to make serious progress on long-term entitlement reform, and Republicans who realize if we have that type of entitlement reform, they'd be willing to have tax reform that raises revenues to lower the deficit," Sperling said Sunday on CNN's "State of the Union."
END_OF_DOCUMENT_TOKEN_TO_BE_REPLACED