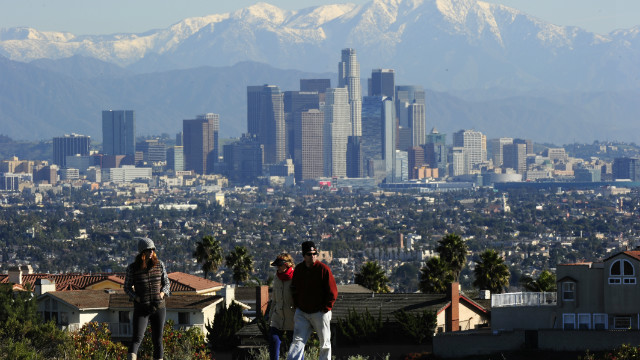 Angelinos head to polls to elect mayor, school board

(CNN) – In a little-watched but contentious election in Los Angeles Tuesday, city residents will vote to select a new mayor from five leading candidates, though the race is expected to head to a runoff.

The winner will succeed Antonio Villaraigosa, a Democrat who is term limited and unable to run again. Four of the past five mayors of Los Angeles have been Democrats, and one expected outcome of Tuesday's vote is a split between the two leading Democratic candidates, city council members Eric Garcetti and Wendy Greuel. Without a majority, the top two candidates would head to a runoff vote on May 21.

The other three major contenders in the race are Jan Perry, another Democrat who serves as a councilwoman; former prosecutor and radio host Kevin James, a Republican; and businessman Emanuel Pleitez, who is running as a "progressive."

The nation's second largest city faces a wealth of problems, including a higher-than-average unemployment rate and a crumbling infrastructure. Despite those dilemmas, the turnout in Tuesday's mayoral race is expected to be low.

Another vote in Los Angeles Tuesday will be for school board, a race that's garnered national attention and dollars. New York City mayor Michael Bloomberg has spent $1 million backing an effort by Villaraigosa to elect candidates who support reforms he's enacted, including opening more charter schools.

In total, the city's ethics board says $4.4 million has been spent by outside groups on the school board elections.