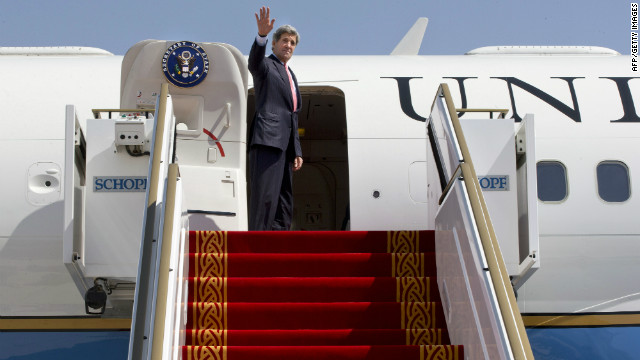 Kerry speaks about first trip as secretary of state

Abu Dhabi, United Arab Emirates (CNN) - Secretary of State John Kerry spoke about Syria, Iran and North Korea in an interview Tuesday with CNN as he wraps up his first international trip as the nation's top diplomat.

On Syria, Kerry declined to say that the United States would never arm the rebels fighting President Bashar al-Assad's government, but said President Barack Obama believes the current strategy of leaving it to other countries to arm the rebels is currently the right choice.