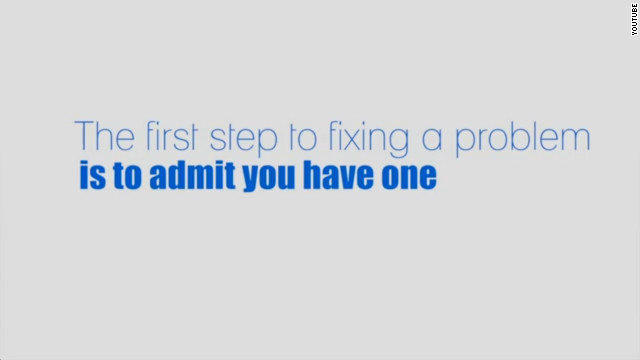 (CNN) - As the GOP controlled House gets ready to vote on a measure that will continue funding the government, the Republican National Committee is releasing a new web video that claims Democrats are blind to the country's "spending problem."

"It is almost a false argument to say we have a spending problem," Pelosi can be seen saying in the video. Her comments came from a television interview last month with Fox News.

"Does the country have a spending problem? The country has a 'paying-for' problem. We haven't paid for what we've bought," Hoyer says in an interview with CNBC, which also took place in February.

"I want to disagree with those who say we have a spending problem," Harkin says in other footage from Capitol Hill.

The video concludes with text on the screen: "The first step to fixing a problem is to admit you have one."

The RNC spliced together the clips shortly after Congress failed to pass a deficit-reduction package to avert the forced spending cuts that went into effect last Friday.

While President Barack Obama and Democrats want to increase taxes–mainly by closing loopholes for the wealthy–as a way to help balance the budget, Republicans argue the deficit needs to be tackled through spending cuts, not more revenue.

"Barack Obama, Nancy Pelosi and Congressional Democrats simply do not believe that we have a spending problem," RNC Chairman Reince Priebus said in a statement. "Every day families across this country are forced to watch their spending and live within their means. There's no reason that shouldn't be the case in Washington."

Labeling Obama the undisputed 'Debt King," Priebus points to the government's $6 trillion increase in the federal debt since 2009. "Obama and his Democratic buddies in Congress are clearly not serious about our nation's economic problems."

The president, however, placed blame on Republicans last week for failing to avoid the automatic cuts, known in Washington as the sequester. Obama argued that he is open to more spending cuts, including a look at entitlement reform, but said Republicans refused to give any space for tax revenue.

"Let's be clear. None of this is necessary. It's happening because of a choice that Republicans in Congress have made. They've allowed these cuts to happen because they refuse to budge on closing a single wasteful loophole to help reduce the deficit," he said Friday in the White House press briefing room.

Meanwhile, the Democratic National Committee launched a new website Tuesday that's aimed to highlight what they call the "GOPSequester." The website features numerous links that direct readers to articles on the negative impact of the spending cuts on the economy.

"When they chose not to come to the table and stop the sequester, Republicans in Congress put tax breaks for the rich over middle-class families," the website states.

On Monday, House Republicans unveiled their funding bill that keeps federal agencies afloat through the end of September and attempts to remove the specter of a government shutdown. The GOP bill doesn't replace the forced spending cuts, but lessens the pain for the Pentagon and the Department of Veterans Affairs.