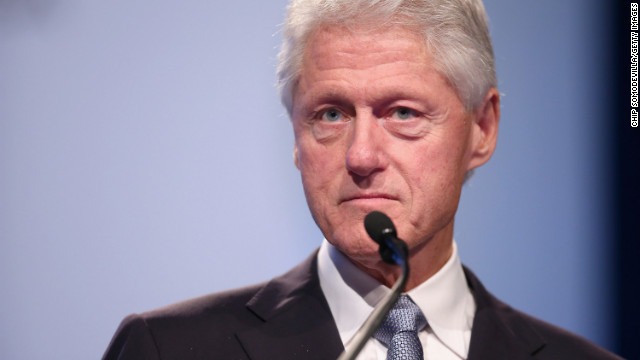 (CNN) – Former President Bill Clinton, who signed the Defense of Marriage Act into law in 1996, is now calling on the Supreme Court to rule the same law unconstitutional.

"On March 27, DOMA will come before the Supreme Court and the justices must decide whether it is consistent with the principles of a nation that honors freedom, equality and justice above all, and is therefore constitutional," Clinton wrote in an op-ed published online Thursday night by The Washington Post.

He continued: "As the president who signed the act into law, I have come to believe that DOMA is contrary to those principles and, in fact, incompatible with our Constitution."

When it first became law, Clinton wrote "it was a very different time." He added that many supporters of the bill believed its passage would "defuse a movement to enact a constitutional amendment banning gay marriage, which would have ended the debate for a generation or more."

Under those circumstances, he wrote, the bill came to his desk, opposed by 81 out of 535 members of Congress.

Fast forward to 2013, and the climate is much different. Nine states (plus the District of Columbia) have passed laws allowing same-sex marriage and public opinion polls shows a majority of Americans think it should be legal. According to a CBS News poll conducted last month, 54% of Americans think same-sex couples should have the right to legally wed, while 39% oppose same-sex marriage.

Same-sex couples who are legally married in the United States are still denied "more than a thousand federal statutes and programs available to other married couples" because of the law, he wrote.

While he previously opposed same-sex marriage, Clinton went public in 2009 with a change of heart.

"I was against the constitutional amendment to ban gay marriage nationwide, and I still think that the American people should be able to play this out in debates," Clinton told CNN's Anderson Cooper in September 2009. "But me, Bill Clinton personally, I changed my position."

"I am no longer opposed to that," he added. "I think if people want to make commitments that last a lifetime, they ought to be able to do it."

In his op-ed, Clinton wrote that "while our laws may at times lag behind our best natures, in the end they catch up to our core values."

"I join with the Obama administration, the petitioner Edith Windsor and the many other dedicated men and women who have engaged in this struggle for decades in urging the Supreme Court to overturn the Defense of Marriage Act," he wrote.

- CNN's Paul Steinhauser and Dave Alsup contributed to this report.