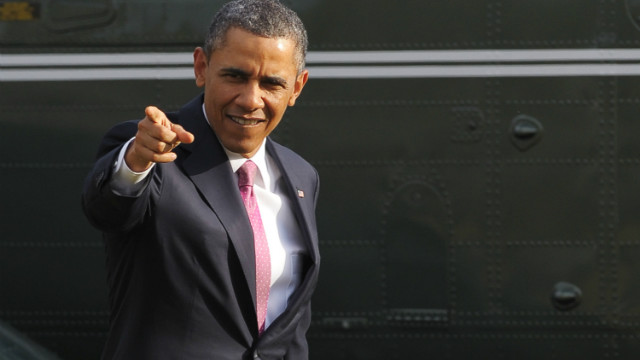 Washington (CNN) - In case you missed it, Barack Obama–the man who once seemed perfectly content to live under the political equivalent of house arrest–has suddenly decided to become a party animal. He's having phone chats with Republicans, taking them out to dinner at a swanky Washington hotel and has plans to rush up to Capitol Hill next week for four meetings -with the Democrats, and his new acquaintances, the Republicans.

Since we know this is not about empty nest syndrome (he still likes to have dinner with his daughters at home), there must be something else up.

Truth is, as one person who has spoken with the president says, "he doesn't have a lot of options left." He managed to cut a deal on the fiscal cliff, but his strategy on the forced budget cuts-asking the GOP to accept new revenue-did not work. And no one thinks it's Armageddon, no matter how much the White House tried to make the case. The alternative to doing nothing, this source says "is total polarization." And since the president has a big agenda he would like to get to beyond the fiscal problems, he needs to deal with budget issues in a way that does not poison the well.

So, his Democratic allies have advised him, how about trying to engage the other side? "The more you do it, the more you will like it," one ally said he told the president.

The list of luminaries in favor of glasnost is a well-known contingent: former White House chiefs of staff Rahm Emanuel, John Podesta and Bill Daley and former Senate Majority leader Tom Daschle, according to one source. He's been advised to do this before, a former White official says, only this time he's doing it. And that may have something to do with the fact that he's got a new White House team that is more oriented towards the Congress – Denis McDonough as Chief of Staff and Rob Nabors as his deputy (both are former Capitol Hill staffers).

And the pain apparently isn't as bad as he thought. "He told his staff that he enjoyed the other night [dinner with the Republicans] very much," says one knowledgeable source. "He's been told that if you try it, you might like it more than you think you will." Kind of like dreading a party, and then enjoying it once you get there.

Given the fact that the Obamas dined with the Clintons last week, one source who knows Bill Clinton's feelings on outreach says "It's not a bad assumption" that the president heard similar talking points at dinner. Clinton, of course, was the king of congressional schmooze.

There is, of course, a crucial backdrop to all of this: one source says the president believes that if he doesn't get a big deficit reduction deal by the end of the summer, the moment will have passed. He's trying to build some momentum for that, another source adds. "He's saying 'I will talk to everybody and anybody.'" What that also means is that if this charm offensive fails, he can't be blamed. In other words, he has nothing to lose.