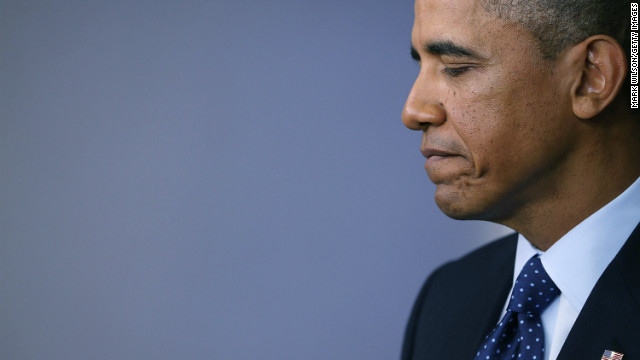 Washington (CNN) - President Obama convened an unannounced energy-policy meeting at the White House on Thursday night with a group of leaders from the business, academic and green energy communities.

One participant characterized the off the record gathering as a chance for the president to talk with people who have different perspectives on energy issues, including the controversial process of natural gas development known as hydraulic fracturing, or 'fracking.'

"The president spent a lot of time with us, he was very engaged," said Alex Laskey, president and founder of Opower, a software company aimed at helping increasing consumer energy efficiency. "He didn't do much talking. He asked a lot of questions, he asked follow up questions, and that's refreshing and confidence building when a leader is willing to spend the time asking questions with this kind of group."

The president said he was "deeply committed" to his "all of the above energy policy," on participant in the meeting said, which included acquiring "natural gas from unconventional sources," or in other words, fracking. The president included the caveat that this commitment came with a promise to make sure there are regulations in place that protect the environment.

The president didn't say that these regulations necessarily have to come from the federal government, the participant added, and he emphasized that each state should be encouraging the use of best environmental practices.

Talk of fracking took up less than a quarter of the meeting, according to a participant, and while attendees left the White House without any "specific promises" of new environmental legislation or regulations, Laskey nonetheless described himself as "optimistic."

"It was a content filled and fully engaged group of people and everybody including the president took it very seriously and I think we were all honored to be asked and to be asked for our thinking," Laskey said.

According to a participant, the meeting lasted over an hour and included an exchange of ideas on how best to pursue new sources of energy while mitigating environmental downsides. The group discussed corporate practices, procedures and the prospect of regulations to protect the environment that don't overburden the energy industry.

Also at the meeting were executives from leading oil, natural gas, electric and wind energy companies. One attendee called the group a "good mix" of nonpartisan energy producers and people who care about the environment.

White House Deputy Press Secretary Josh Earnest disclosed the meeting during his Friday press briefing, calling it a "a meeting with business and thought leaders from the clean energy sector" during which the president "reiterated his commitment to a cleaner and more secure energy future."

"The discussion covered a variety of topics, including the important role of natural gas in our domestic energy portfolio, new opportunities for renewables, like wind, solar and advanced biofuels, the importance of clean energy research and development, as well as the promise and potential of increased energy efficiency in our homes and businesses," Earnest said.