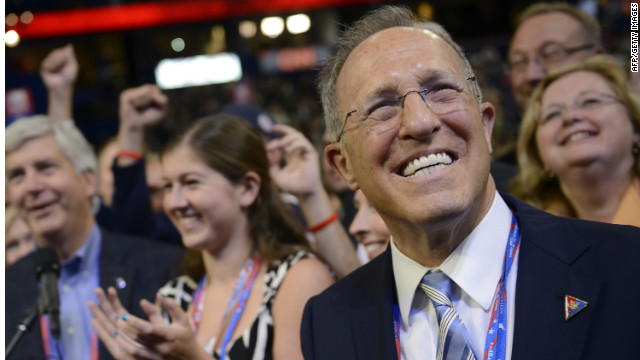 Washington (CNN) - Scott Romney, the elder brother of former Republican presidential nominee Mitt Romney, is considering running for the Senate seat that will be vacated by retiring Sen. Carl Levin of Michigan next year.

"He's interested and seriously looking at it," a friend of the Romney family told CNN Political Director Mark Preston on Friday. The Romneys' father, the late George Romney, was governor of the state in the 1960s.

Levin, a Democrat, announced Thursday he will not seek re-election to a seventh term, clearing the way for an open Senate contest in the Wolverine State.

Romney has not held political office. He announced the Michigan delegation at the Republican National Convention in Tampa, where his brother was nominated for president.

Romney, however, may have competition with another high-profile Republican in the state: Saul Anuzis, a former Republican National Committeeman and former chairman of the Michigan Republican Party.