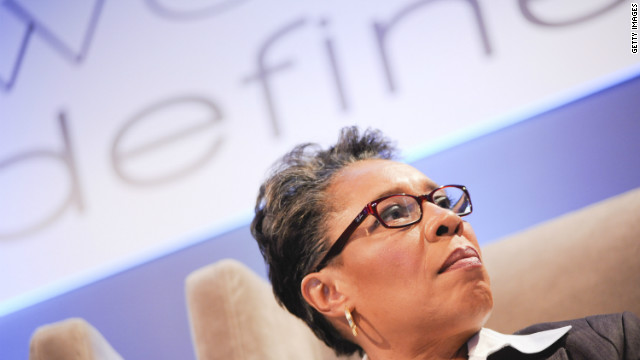 (CNN) - Rep. Marcia Fudge, chairwoman of the Congressional Black Caucus, expressed concern in a letter to President Barack Obama over the lack of African Americans among his new Cabinet picks.

"Congressional Black Caucus offices have had numerous phone calls from constituents questioning why none of the new appointees will be able to speak to the unique needs of African Americans," Fudge, D-Ohio, wrote. "Their ire is compounded by the overwhelming support you've received from the African American community."

The president faced criticism at the beginning of the year when he picked white males for some of the highest spots in the administration, including secretary of state, treasury secretary, defense secretary and chief of staff (the latter of which has the status of Cabinet-rank).

White House staff, however, said Obama was not finished with his cabinet picks.

None of his appointees since then, however, have been African American, Fudge notes. Obama has chosen contenders for secretary of energy and secretary of the interior. And CNN reported Saturday that Thomas E. Perez, the U.S. assistant attorney general heading the Justice Department's civil rights division, will be nominated to be the next secretary labor secretary.

His choices for other administration posts that have Cabinet rank are also not African American. Those include his picks for the Environmental Protection Agency and the Office of Management and Budget.

"You have publicly expressed your commitment to retaining diversity within your cabinet," Fudge wrote in the letter. "However, the people you have chosen to appoint in this new term have hardly been reflective of this country's diversity."

Attorney General Eric Holder and U.S. Trade Representative Ron Kirk are the two African Americans who now sit on the Cabinet. Both were nominated during the president's first term.

Fudge argued the lack of "diverse voices leads to policies and programs that adversely impact African Americans," adding that she was disappointed that none of the CBC's recommendations for Cabinet picks have "received the consideration they deserve."

- CNN's Deirdre Walsh and Ashley Killough contributed to this report.