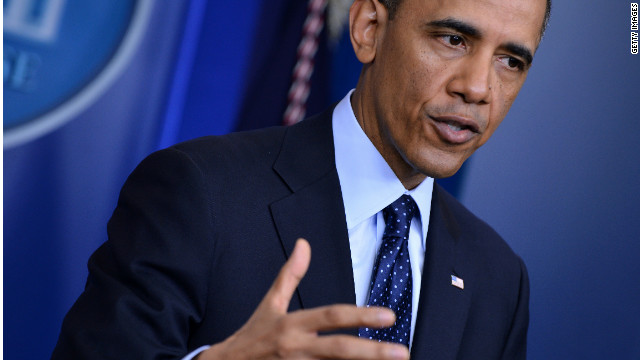 Washington (CNN) - It's an organization billed as being no different from the Democratic National Committee. But its defenders say the group is seeking a bipartisan agenda, on behalf of the president. And it's going to raise a lot of money.

Welcome to the grey area inhabited by President Obama's post-election political organization, Organizing for Action. Its initials OFA are, of course, intended to harken back to the name given to the president's reelection outfit, Obama for America.

In response to questions about the president's upcoming speech to OFA donors and grass-roots supporters at a Washington, DC hotel Wednesday night, White House press secretary Jay Carney said the event is similar to an address to the various campaign arms of the Democratic Party.

"The president speaks to the DCCC, DNC, DSCC. He'll speak to outside organizations that have policy agendas and that's entirely appropriate," Carney said at the White House press briefing Monday. But Carney said the agenda the president is pursuing, is "inherently bipartisan"

Non-partisan government watchdogs groups have raised questions about OFA's purpose, noting previously published reports indicating donors who make large financial contributions to the group would have access to the president.

"I mean I would question whether donors of 50 dollars will have meetings with the president. I imagine they won't," said Lisa Rosenberg with the Sunlight Foundation, a D.C.-based watchdog organization.

"It's all these donors of 50,000 or 100,000 (dollars) or more that get invited to these meetings, so clearly it is not entirely the grass roots organization in reaching out to the public that the founders claim it is," Rosenberg added.

Recent public criticism of OFA's mission has drawn defenders from both inside and outside the gates of the White House.

"Well the president isn't going to be doing one-on-one meetings with donors. He's not going to be sitting on the phone fundraising. His role with this organization is simply to speak to those grass-roots supporters who are organizing on behalf of his agenda," LaBolt said.

When pressed on whether donors might be able to meet with the president in groups, LaBolt said: "There's going to be no opportunity to lobby the president through this organization."

In an op-ed on CNN.com last week, OFA's National Chairman, Jim Messina, said the group was needed to combat the power of special interest groups.

"At this crossroads for our economy, we can't afford business as usual," Messina said in the op-ed.

Carney has repeatedly denied that OFA offers donors access to the president in exchange for contributions.

"Any notion, as we talked about, that there's a price set for a meeting with the president is absurd," Carney said.

For the moment, OFA is cloaked in some secrecy. A spokeswoman declined to offer an address for the organization's offices, adding that the group is still in search of a permanent home, possibly splitting between offices in Chicago and Washington, DC.