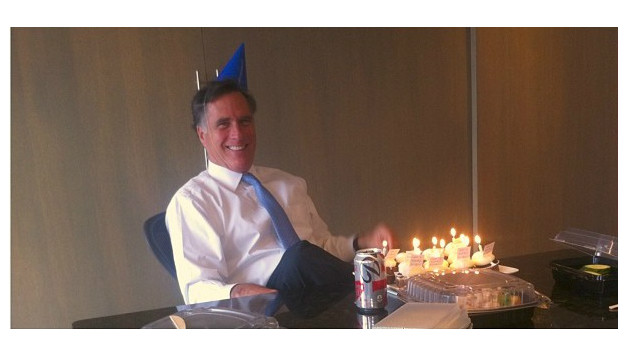 On Tuesday, Romney had his cake – and ate it too – as he celebrated his birthday. Eldest son Tagg Romney put out pictures of his father, apparently in full office party mode, on the social media site Instagram.

In one picture, Romney smiled broadly as he donned a birthday party hat. Before him sat birthday cupcakes lighted with candles. A can of Diet Coke sat nearby, seemingly to wash it all down.

A second picture showed Romney eating a cupcake. Fluffernutter is a white bread sandwich containing peanut butter and marshmallow crème. Romney was known during the campaign for his penchant for peanut butter and honey sandwiches - but it is his birthday after all.