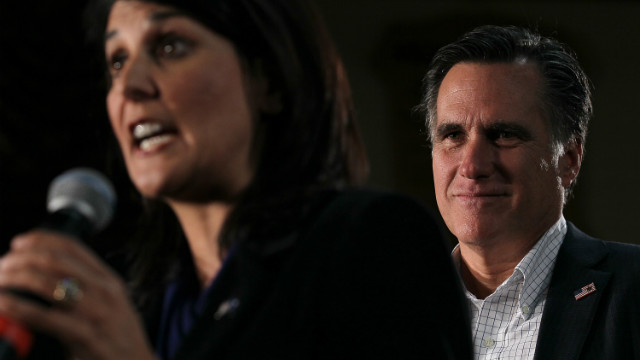 Haley, who endorsed Romney early in last year's Republican primary contest, wasn't previously listed as a featured speaker at the Conservative Political Action Conference, the annual confab of activists that's taking place this week at a resort just outside Washington in suburban Maryland.

In December 2011, he won Haley's backing amid a crowded Republican field of candidates. The endorsement came weeks before South Carolina's "first in the South" presidential primary.

Haley was elected governor in 2010 with backing from the tea party. She became the state's first female governor and the second Indian-American elected to a governorship, after Louisiana Gov. Bobby Jindal.

At 40, she is currently the youngest governor.