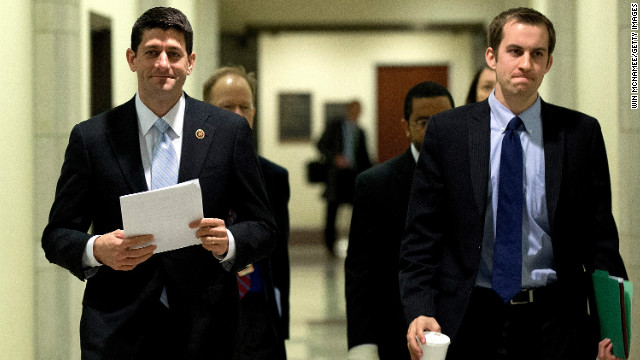 Ryan tax plan may lead to $200K cut for rich

New York (CNNMoney) - Millionaires would get a sizable tax cut if Rep. Paul Ryan's budget proposal were to become law.

Those with incomes exceeding $1 million would enjoy an average tax cut of more than $200,000, according to Citizens for Tax Justice, a left-leaning group. And it could be even bigger if Congress doesn't try to limit tax deductions, credits and preferences to offset the costs of the proposed tax cuts.