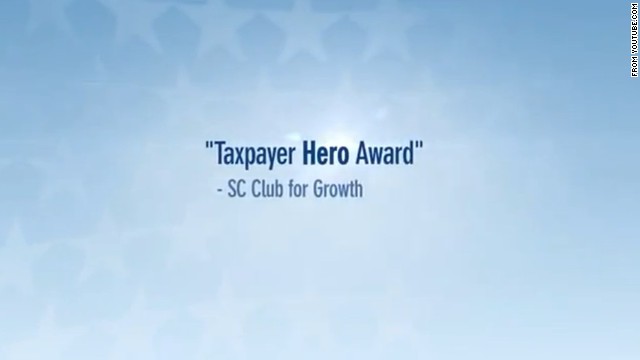 (CNN) - "I'm Larry Grooms and I approve this message."

That's the only spoken line in the South Carolina Republican's latest U.S. House campaign ad, but the point of the 30-second spot is that others approve of him.

A series of endorsements appear on screen, including his A+ rating from the National Rifle Association, backing from two conservative congressmen and others describing him as a "Reagan conservative," "fighter" and "bold rock solid conservative."

The spot is titled "On the Record" and the Grooms campaign says the spot will run on broadcast and cable television in the district.

Grooms is a state senator and one of more than a dozen Republicans running for the seat vacated by now-Sen. Tim Scott, who was appointed to the seat held by Jim DeMint. The most high-profile GOP candidate is former congressman and Gov. Mark Sanford and the most prominent Democrat is Elizabeth Colbert Busch, sister of comedian Steven Colbert.

In an earlier ad, Grooms described himself as "a pro-life Christian conservative who knows D.C. spends too much."