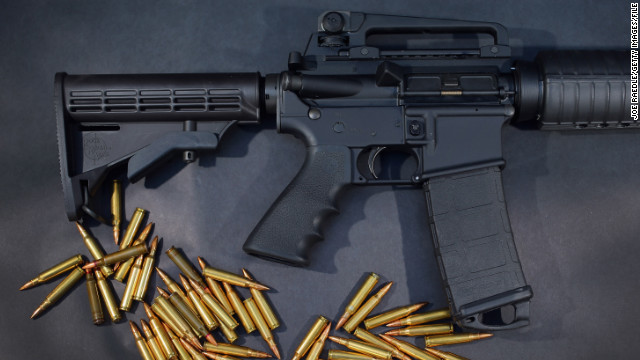 Washington (CNN) - A new national poll suggests that support for major restrictions on guns may be fading, three months after the horrific shootings at an elementary school in Connecticut.

Although a majority of Americans favored major restrictions on guns or an outright ban in the wake of the shootings in Newtown, Connecticut, when a heavily armed gunman killed 20 young students and six adults, a new CNN/ORC International survey indicates that support has tumbled to just 43%, as more time has passed since that December tragedy.

"Support for stricter gun control has fallen dramatically among two groups - older Americans and people who live in rural areas," says CNN Polling Director Keating Holland. "In the immediate aftermath of the shootings in Connecticut, the number of rural Americans who supported major gun restrictions rose to 49% but now that support has dropped 22 points. Support for stricter gun laws dropped 16 points among Americans over 50 years old in that same time."

Among younger Americans, the change is only three points.

The poll was conducted March 15-17 for CNN by ORC International, with 1,021 adult Americans questioned by telephone. The survey's overall sampling error is plus or minus three percentage points.