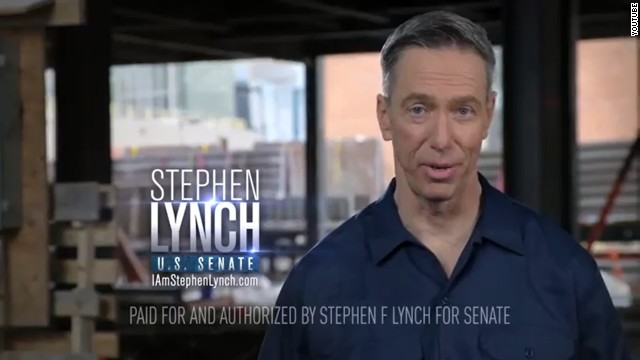 In the new ad, a series of people cite Lynch's similarities with themselves.

"I grew up in the projects, just like Stephen," one man says. Lynch grew up in a housing project in South Boston.

"I'm an iron worker for 15 years. Stephen Lynch was for 18," another person adds.

"Stephen Lynch went to college at night, just like me," a third man says, before a woman adds Lynch went to law school, like her.

"I am Stephen Lynch, and I know how hard you work. In the Senate, I'll never forget it," Lynch concludes.

Lynch represents a large part of Boston. He and Markey will go head to head in the Democratic primary on April 30 as they compete to fill the seat left open by John Kerry when he became secretary of state.