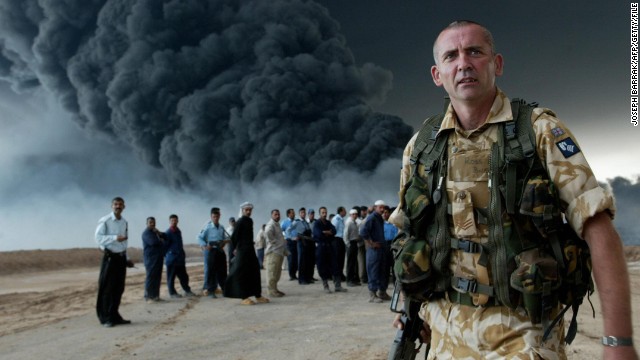 ESSENTIALLY IN AGREEMENT: Immigration reform: Congressional negotiators close to deal… A day after the Republican National Committee released a post-election report calling for comprehensive immigration reform, House Speaker John Boehner told reporters that the bipartisan House group working on legislation is “essentially in agreement” on a plan to address the politically controversial issue. Boehner emphasized he's intent on getting something done in the House, telling reporters, “I made clear the day after the election that dealing with immigration reform was a top priority and it is.” – Deirdre Walsh and Dana Bash

ASSAULT WEAPON BAN OUT: Senate leader says new weapons ban won't pass… Senate Majority Leader Harry Reid said Tuesday that a proposed ban on semi-automatic firearms modeled after military assault weapons has no chance of passing the Senate, but he wants to ensure a vote on it will take place. The proposal to update a similar 1994 ban that expired a decade later was one of four measures passed by the Senate Judiciary Committee in response to the Connecticut school massacre in December.

DOES THIS CROSS THE RED LINE? Syrian regime, rebels blame each other for chemical attacks… The specter of chemical weapons attacks in the Syrian civil war emerged Tuesday, with the government and rebels each blaming the other for using such munitions. At least 25 people died and dozens more were injured Tuesday in the town of Khan al-Asal in Aleppo province, Syrian state media said, quoting government figures.

In an interview on “The Lead” with Jake Tapper, White House Chief of Staff Denis McDonough responds to reports of chemical weapons in Syria: “We take all these reports very, very seriously. … We are going to be very clear to the Syrian regime, as we have been throughout and to all the Syrian supporters throughout the world and then obviously to our partners in the region that if this is substantiated obviously it does suggest, as the president just said, that this is a game changer and we will act accordingly.”

TRAIL TRIVIA
(Answer below)
Who was the one Republican senator to vote against the Iraq Resolution in 2002?

Millions of Americans watched on March 19, 2003 as rockets fell on Baghdad in a military campaign dubbed “Shock and Awe.” Less than 350 miles away, coalition troops raced across the Iraqi border with Kuwait on a straight sprint to the capitol city.

The Iraq War had begun; the reign of Saddam Hussein was going to end.

But 10 years removed from that day, after eight years, eight months and 21 days of war, the scars of war can still be felt. “Shock and Awe” has succumbed to remembrance and reflection.

Two stories and a new CNN/ORC Poll caught our eye today. Each captures the lasting affects of the Iraq war and the invisible scars left on two of the most affected populations.

The people of Iraq: Suffocating in a cloak of sorrow
By Arwa Damon, CNN Senior International Correspondent

Ten years on, one can easily look around Baghdad and see a veneer of normalcy. But nothing about Iraq or what it has been through is normal. The cloak of sorrow that hangs over the capital is more suffocating than ever, even if violence is slightly down.

It's as if the violence created a façade. People were so focused on staying alive they didn't fully notice the corruption, suspicion and tribalism that had seeped into society and government. Now that attacks are down - and fewer Iraqis are killed every day - all that and more has risen to the surface.

"I lost hope six to seven months ago," Basma al-Khateeb, an Iraqi IT professional, said. "You don't feel it's home any more."

"Now the fear is different," she explained. "You don't know who is in the next car. They look at you as if you are different, your clothes, or even your gestures, your body language is different. We're not comfortable being around the streets."

Opinion: U.S. shamefully slow to help vets
By Paul Rieckhoff, Iraq veteran and the founder and executive director of Iraq and Afghanistan Veterans of America

And imagine being injured in that last tour after a roadside bomb exploded from beneath a trashcan as your Humvee rolled by. Your buddy sitting next to you was killed. After you left the Army and returned home, you had trouble focusing. You had headaches and issues with your vision. You realize you returned with what might be a Traumatic Brain Injury. And maybe Post-Traumatic Stress Disorder, too.

Now imagine waiting 600 days before you get an answer from the Department of Veterans Affairs. 600 days.

CNN Poll: 59% say it was dumb to send troops to Iraq
By the CNN Political Unit

Ten years after the start of the Iraq war, most Americans say the war was a mistake and that it was dumb to send U.S. troops into the conflict, according to a new national survey.

As Americans mark the tenth anniversary of the conflict, 59% of those questioned in the survey say the decision to originally send U.S. troops into Iraq was dumb. That's up eight points from December 2011, when the final U.S. troops left the country. Thirty-eight percent say it was a smart decision, down seven points. According to the poll, 56% say the war was a mistake, with 43% disagreeing.

Leading CNNPolitics: Sanford seeks 'redemption' in wild congressional race
In South Carolina, Mark Sanford needs no introduction. But after the former governor of the state infamously told the public he was hiking the Appalachian Trail while he was actually traveling to Argentina to carry on an extramarital affair, a reintroduction wouldn't hurt. “At some level or another we all hope for redemption,” Sanford told CNN in an interview. Sanford is one of 16 Republican candidates seeking to win an open seat in South Carolina's 1st Congressional District. It's the same seat Sanford once held before he ran for governor. – Jim Acosta

Leading Drudge: ‘Red Line’?
The flurry of excitement over Syria’s “moving” of chemical weapons highlights yet again the paralysis gripping U.S. Middle East strategy. “We’re kind of boxed in,” an administration official confessed to the New York Times. “There’s an issue of presidential credibility here, but our options are quite limited.” Indeed, there is a credibility issue. President Obama said at an August 20 news conference that it was a “red line for us [if] we start seeing a whole bunch of chemical weapons moving around or being utilized.” That would “change my calculus,” he declared. But what has changed is the definition of “move.” – Thomas Donnelly

Leading HuffPo: Elephant In The Room: Gop 'Civil War' Simmers In Bush Shadow
Conversations with Republican operatives at last week's Conservative Political Action Conference were reminders of how stridently Republicans treated those within their own ranks who disagreed with Bush's wars. Positions in the Bush administration, or on the Bush reelection campaign, were withheld from those who had voiced dissent. Now, with the GOP in a moment of crisis and struggling to find a direction, condemnation of the war flows quickly and easily out of the mouths of movement leaders. – Jon Ward

Leading Politico: What Congress fears most about sequestration
Rep. Bill Enyart might be a Democrat and Rep. Rodney Davis a Republican, but the two rookie lawmakers in Southern Illinois share one fear. Sequestration could cost them their seats. – Darren Samuelsohn

Leading The New York Times: A Goal for Obama in Israel: Finding Some Overlap on Iran
As President Obama tries to connect with the Israeli people, he will work to convince Prime Minister Benjamin Netanyahu that he can rely on the United States to take care of Iran. – Mark Landler

- Rand Paul backs a pathway to citizenship -
REPUBLICAN SEN. RAND PAUL OF KENTUCKY IN A SPEECH TO THE UNITED STATES SPANISH CHAMBER OF COMMERCE: “Republicans need to become parents of a new future with Latino voters or we will need to resign ourselves to permanent minority status. The Republican Party has insisted for years that we stand for freedom and family values. I am most proud of my party when it stands for both. The vast majority of Latino voters agree with us on these issues but Republicans have pushed them away with harsh rhetoric over immigration.”

Gut Check Full Service… Rubio reacts positively to Paul’s announcement in an interview with CNN’s Jake Tapper: “Sen. Paul's speech today, it's a very good development. Look, there's a growing consensus that something needs to be done about immigration, but it needs to be done in a way that's responsible. In essence, we need to do three things. Number one, we have to reform our immigration - our legal immigration system. It needs to be modernized. Number two, we have to enforce our laws and we have to improve the way they're enforced. And number three, is we're going to have to figure out a way to deal with the people that are here illegally in a way that's compassionate, but also responsible. And that means, you know, we're not going to deport 12 million people, like Rand Paul said today.”

- Democrats clearly relish the RNC rebranding -
DEMOCRATIC REP. CHRIS VAN HOLLEN OF MARYLAND IN AN INTERVIEW WITH CNN: “We all know that the first step on the road to recovery is to recognize that you've got a problem. But you've got to diagnose the problem correctly and with the exception of immigration reform, I didn't hear any new ideas coming out of that assessment. And if you look at the budget that the House Republicans have put forward, it's simply what Mitt Romney and Paul Ryan were talking about in the election. … It’s good they're recognizing they've got a problem. But as far as I can tell, they misdiagnosed the problem.”

- Despite some harsh rhetoric, Peres says Israelis love Obama -
ISRAELI PRESIDENT SHIMON PERES IN AN INTERVIEW WITH CNN’S JOHN KING: “Obama is admired in the hearts even if the mouth of those people doesn't say so. Take all leaders today; he is the most admired leader because he is a leader of values, because he is a thinking leader, because he is a feeling leader and because he shows concern about other people.”

- Mark Sanford: Life is a series of course corrections -
FORMER SOUTH CAROLINA GOV. MARK SANFORD, A CONGRESSIONAL CANDIDATE, AFTER VOTING IN THE SOUTH CAROLINA CONGRESSIONAL PRIMARY: “Just the process of getting back up and trying as hard as you can to talk about ideas you've long believed and have the chance to go in and vote is a real blessing on a variety of different levels.”

Former Sen. Lincoln Chafee, R-Rhode Island, was the only Republican to vote against the Iraq Resolution on October 11, 2002.

In an interview with CNN on the day before the vote, Chafee described how “it's not easy” being the Republican against the Iraq War. In particular, he said, the lack of international support led him to disapprove of the war.

“Even the countries that surround Iraq, whether it's Turkey, Saudi Arabia, Jordan, even Kuwait, have expressed some kind of opposition to this military intervention,” he said. “And to me, that's says if the threat is so imminent, why the countries that are actually sit on the border to Iraq voicing their opposition?”

The Iraq Resolution overwhelmingly passed the House and Senate, where nearly half of all Democrats in the upper body voted for the war. Because of the overwhelming support, Chafee told CNN that he wasn't worried about being pressured into switching his vote.

After losing reelection in 2006, Chaffee supported President Barack Obama's 2008 campaign for president and became Rhode Island's governor – with no party affiliation – in 2011.