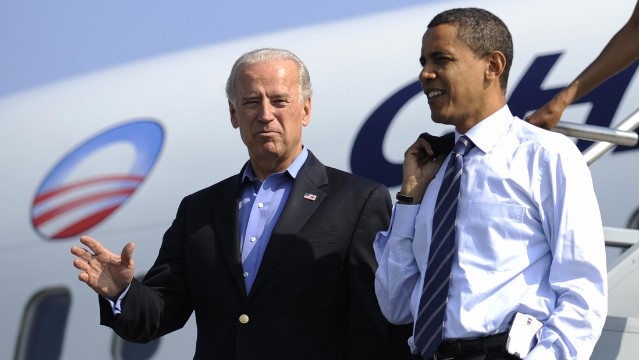 Coming and going: Obama and Biden to be out of country simultaneously

Washington (CNN) - It's the ultimate 'who's minding the store' question: For the first time since taking office, both President Barack Obama and Vice President Joe Biden will be out of the country at the same time (if only for a few hours).

The question came up after it was announced that Biden would lead the U.S. delegation to attend Pope Francis' inauguration in Rome Tuesday. This came on the same day Obama is scheduled to depart on a trip to the Middle East.

The reporting pool traveling with the vice president back from Rome reports he is expected to land Tuesday evening at Joint Base Andrews anytime from 8:20 p.m. ET to 9:20 p.m. ET. The president is set to take off for his Middle East trip at 8:00 p.m. ET.

Depending on headwinds, the two most powerful officials in the government could be like ships passing in the night on Air Force One and Air Force Two.