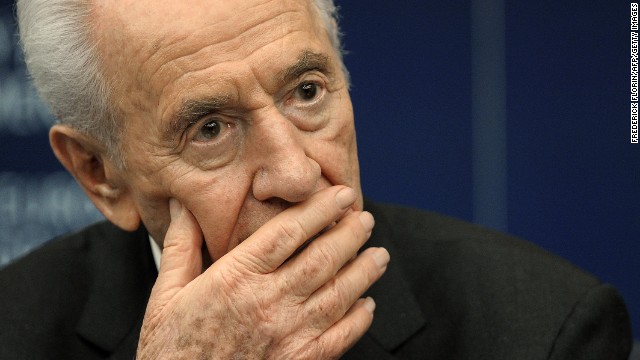 The U.S. and Israel and the art of relationship maintenance

Jerusalem (CNN) – It is not a word used often in Israel, but the country's President Shimon Peres sounds downright zen when asked about the personal frostiness between President Barack Obama and Prime Minister Benjamin Netanyahu.

"I think it is more appearance than reality," Peres told CNN in an interview Tuesday morning. "You cannot adopt personal relations to political leadership. You have to face the situation and put aside your own personal feelings."

President Peres has been active in Israeli politics dating back to the John F. Kennedy administration, and so is well versed in the ups and downs of U.S.-Israeli relations.

Asked if he had any advice to help the current American president and Israeli prime minister improve their personal relationship, Peres took a workmanlike approach:

"I think they understand it even if they come from different philosophies, they go to the same goal," Peres said. "When it comes to the goal there are no differences."

"If you want, I can say it in a lighter way," Peres said. "In life there are things that are unachievable unless you close a little bit your eyes, and that is love and peace. With open eyes you see too many problems and too many details. But you must have the vision and the wisdom to understand even in the case of differences – the harmony is the solution not the confrontation."