What foiled the conservative dream ticket?

(CNN) – For the subset of Republicans who viewed Mitt Romney as a Massachusetts moderate unfit for their party's presidential nomination, it could have been the dream ticket: Gingrich-Santorum for president.

The image shows the round lenses splattered with blood and the text: "Over 1,057,000 people have been killed by guns in the USA since John Lennon was shot and killed on 8 Dec 1980."

END_OF_DOCUMENT_TOKEN_TO_BE_REPLACED 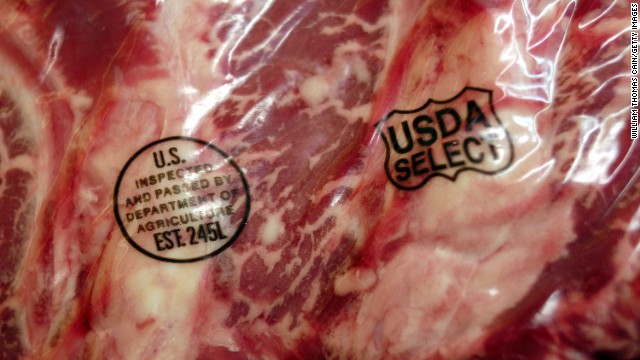 Washington (CNNMoney) - At least one type of government worker has a friend in big business.

Over 9,000 federal food inspectors won't face furloughs after top companies from the meat and poultry industries spoke out in support of them.

CNN: Lockdown at Quantico Marine base ends with 3 dead

A shooting that prompted a lockdown for hours at a Marine base in Virginia ended with three dead, including the gunman, authorities said early Friday. The Thursday night shooting at Marine Corps Base Quantico is isolated, said Agustin Solivan, a Marine Corps spokesman.

The suspected cyberattack that struck South Korean banks and media companies this week didn't originate from a Chinese IP address, South Korean officials said Friday, contradicting their previous claim. The Korea Communications Commission, a South Korean regulator, said that after "detailed analysis," the IP address that was thought to be from China was determined to be an internal IP address from one of the banks that was infected by the malicious code.