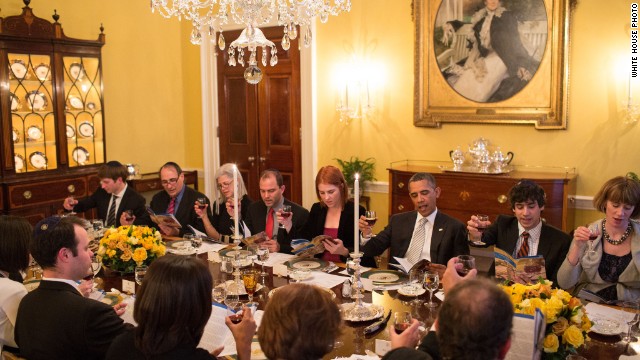 (CNN) - President Barack Obama marked the start of Passover Monday night with a Seder at the White House. It's a yearly tradition for the president that began on the campaign trail in 2008.

"This has been a very, very powerful event for the president," Deputy White House Press Secretary Josh Earnest said Monday, adding that Obama planned to use the Seder plate given to him by Sara Netanyahu last week during his trip to Israel.