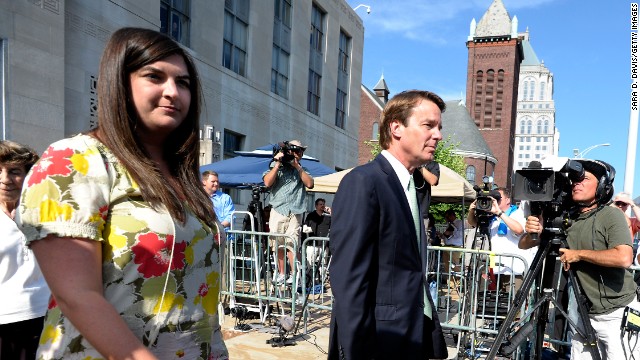 Cate Edwards recalls being 'devastated' at news of father's affair

(CNN) - In her first public remarks since the trial of John Edwards last year, daughter Cate Edwards recalls feeling angry and disappointed upon hearing of his extramarital affair.

"I was devastated," Edwards said Wednesday on NBC's "Today" show. "And I was disappointed. I mean, these are my parents. I had grown up with a lot of love in my family. And it was hard to see them go through this."

In August 2008, John Edwards admitted to an affair with Rielle Hunter, a onetime videographer for his presidential bid. At the time, the former North Carolina senator denied paternity of the daughter Hunter had given birth to six months earlier.

During his trial, Cate Edwards was a constant presence, accompanying her father to and from court every day. At one point, she abruptly left the courtroom during testimony about a fight between her mother and father over his affair.

John Edwards, who was the Democratic nominee for vice president in 2004, eventually acknowledged paternity of the daughter he fathered with Hunter. Edwards' legally separated from his wife, Elizabeth, in January 2010. Eleven months later, Elizabeth died of cancer.

"I miss her in sort of big ways and small ways," Cate Edwards said in the "Today" interview. "You know, it's big things that go by, like my wedding. She wasn't able to be there. But we got to talk about it. And I felt incredibly lucky that I got the chance to even have that conversation with her."