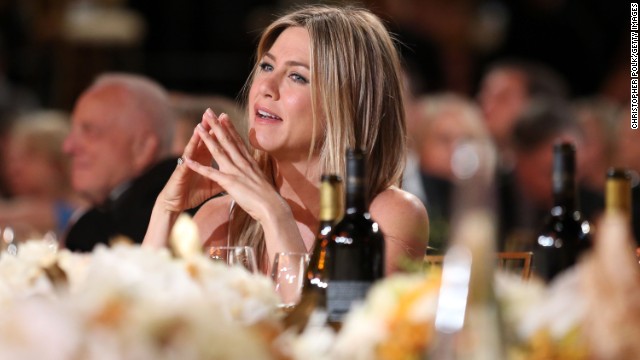 Aniston's special note to a senator

(CNN) – Sen. Mark Kirk received well wishes from across the political spectrum after suffering a stroke in 2012, but on Thursday the Illinois Republican showed off a 'get well' note from far outside the Beltway.

In January, Kirk returned to the Senate to cheers and applause from fellow senators, who lined up to watch their colleague mount the steps leading to the Senate chamber.

Kirk's return to Washington marked a new milestone for a man who participated in intensive walking studies as part of his physical therapy. He had to re-learn how to walk after suffering a severe stroke to the right side of his brain in January of 2012.