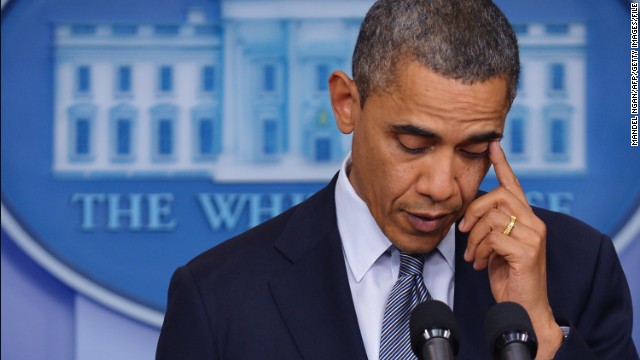 Washington (CNN) - With polls showing support for new gun legislation on the wane, President Barack Obama joined police officials and victims of gun violence Thursday to raise pressure on Congress to get something passed more than three months after the Newtown school massacre.

The president called on Congress to pass a package of gun laws coming up in the Senate, saying "none of these ideas should be controversial.