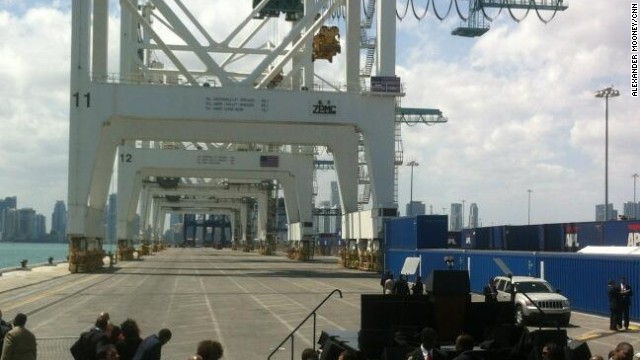 One thing they can't control? The wind.

Members of the advance team apparently saw fit to cover up the logo of the Chinese company that made the cranes behind where Obama spoke at PortMiami Friday. But heavy winds in the area dislodged one of the U.S. flags, revealing the part Chinese-lettered logo just above where Obama spoke.

ZPMC or Shanghai Shenhua Heavy Industry Co., LTD bills itself as a "famous heavy-duty equipment manufacturer" and is listed on the Shanghai Stock Exchange.

That made for slightly awkward optics as Obama was promoting the U.S. economy, though the logo was out of view of most television cameras.

Still, the White House might want to use stronger rope next time.