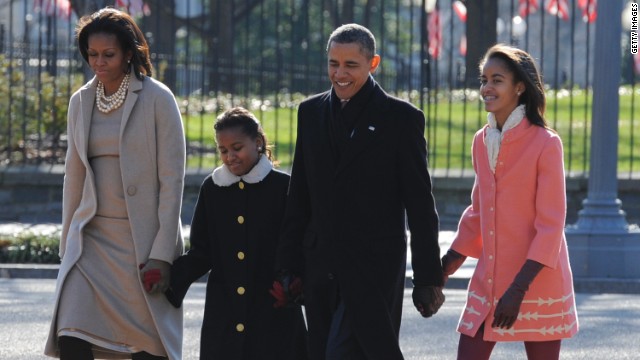 "Happy Easter, everybody," he said while walking to the service with first lady Michelle Obama and the couple's two daughters.

The sermon was delivered by The Rev. Luis Leon, whom Obama tapped in January to deliver the benediction at his second inauguration after controversy forced his first pick for that slot to step aside.

Obama spent Saturday on the golf course at Joint Base Andrews in Maryland and later attended the NCAA basketball matchup between Syracuse and Marquette in the "Elite Eight" round of the March Madness tournament.