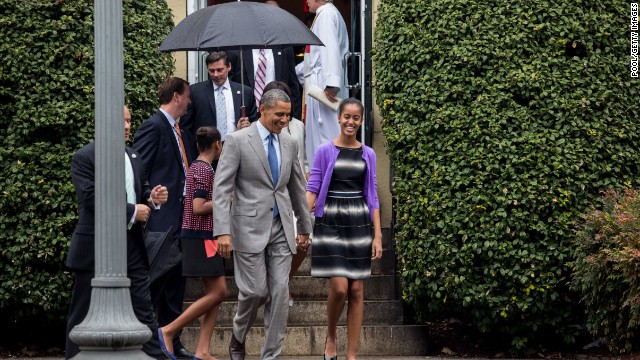 The Rev. Luis Leon, speaking at St. John's Episcopal Church in Washington, based his sermon on the Gospel of John. He noted that Jesus told Mary Magdalene not to hold on to him, and linked the story to conservatives he said were looking to the past.

"The message of Easter is about the power of love over loveless power," he continued.

Instead of recalling how things were easier in the past, Leon urged listeners to focus instead on the present.

"God addresses us in the now," he said.

Obama tapped Leon to deliver the benediction at his second inauguration after controversy forced his first pick for that slot to step aside.