Washington (CNN) – A commission tasked by the nation's most influential gun lobby to assess school safety proposed a set of recommendations Tuesday that includes a plan to train and arm adults as a way to protect kids from shooters.

Former GOP congressman Asa Hutchinson, who headed the National Rifle Association-backed School Safety Shield, said the plan to train school personnel to carry firearms in schools made sense as a way to prevent shootings like the December massacre in Newtown, Connecticut.
END_OF_DOCUMENT_TOKEN_TO_BE_REPLACED

(CNN) - Sen. Mark Kirk of Illinois, a socially moderate Republican, announced on Tuesday his support for same-sex marriage, becoming the second Republican in the chamber to support it.

"Same-sex couples should have the right to civil marriage," he wrote in a statement. "Our time on this earth is limited, I know that better than most. Life comes down to who you love and who loves you back - government has no place in the middle."
END_OF_DOCUMENT_TOKEN_TO_BE_REPLACED 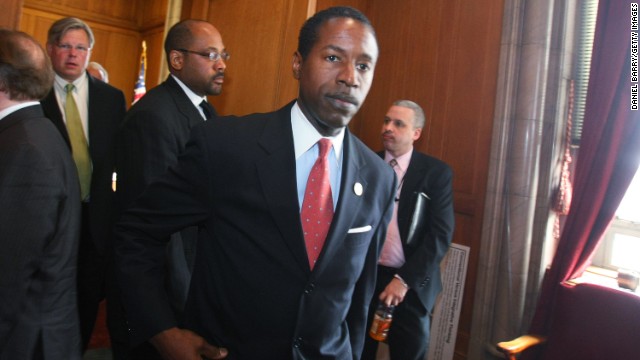 The U.S. attorney's office in Manhattan alleges that Smith, a Democrat, bribed Halloran, a Republican, to help guarantee Smith a spot on the Republican ballot in the November election.

Menendez donor: ‘They took away my dignity’

(CNN) – The Florida doctor who found himself embroiled in allegations leveled at Democratic Sen. Robert Menendez said in an interview published Tuesday that his name and reputation have been unfairly sullied.

“They took away my dignity. They portrayed me as a greedy guy who was with politicians for the quid pro quo,” Salomon Melgen said in the interview with Bloomberg.
END_OF_DOCUMENT_TOKEN_TO_BE_REPLACED

(CNN) – Comedian Stephen Colbert will host a pair of high dollar fundraisers this month for his sister Elizabeth, who is vying for South Carolina's vacant seat in the U.S. Congress.

The events are slated to take place in New York and Washington, and carry a minimum price tag of $500, with special "event chair" tickets going as high as $10,000.
END_OF_DOCUMENT_TOKEN_TO_BE_REPLACED

(CNN) - President Obama on Tuesday will unveil a $100 million initiative to research the human brain, in hopes of unlocking further understanding of brain disorders. 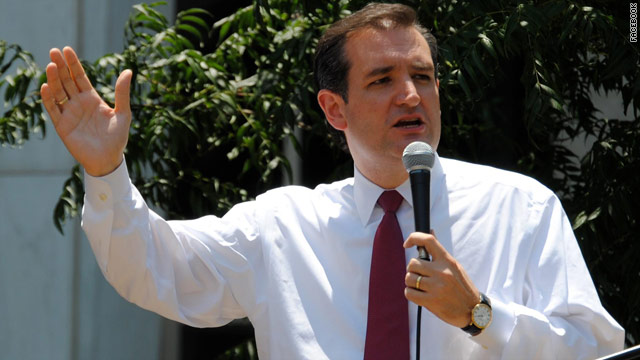 Cambridge, Massachusetts (CNN) - He’s been in Washington only three months, but U.S. Sen. Ted Cruz of Texas is already planning a pilgrimage to a critical presidential primary state.

The outspoken Cruz, a conservative attorney who has sprinted headlong into the Washington media spotlight since his election last November, will be the keynote speaker at the South Carolina Republican Party's Silver Elephant Dinner, CNN has learned. Cruz spokesperson Catherine Frazier also confirmed his attendance at the dinner, slated for May 3 in Columbia.
END_OF_DOCUMENT_TOKEN_TO_BE_REPLACED

(CNN) - Call it the next hurdle in Mark Sanford's political redemption tour.

The former South Carolina governor, whose political career was sidetracked thanks to a well-publicized affair, faces a Republican primary run-off for his old congressional seat on Tuesday.
END_OF_DOCUMENT_TOKEN_TO_BE_REPLACED

After weeks of hurling threats at the United States and its allies, North Korea announced plans on Tuesday to restart a reactor at its main nuclear complex that it had agreed to shut down more than five years ago. The declaration demonstrates Kim Jong Un's regime's commitment to its nuclear weapons program that the international community has persistently but unsuccessfully tried to get it to abandon. The North's state-run Korean Central News Agency (KCNA) reported that the reclusive state's atomic energy department intends to "readjust and restart all the nuclear facilities" at the Yongbyon nuclear complex.

The manhunt for whoever gunned down two local prosecutors faces a steep battle, even with a deluge of local, state and federal authorities scouring for clues. Law enforcement sources say investigators are starting from scratch, with no leads in deaths of Kaufman County District Attorney Mike McLelland and his wife, Cynthia, CNN affiliate WFAA reported. Nor do officials have any further ideas on who killed McLelland's chief felony prosecutor, Mark Hasse, who was shot to death outside the county courthouse in January. But justice officials across the state are on high alert, unsure if or when a similar strike might occur.