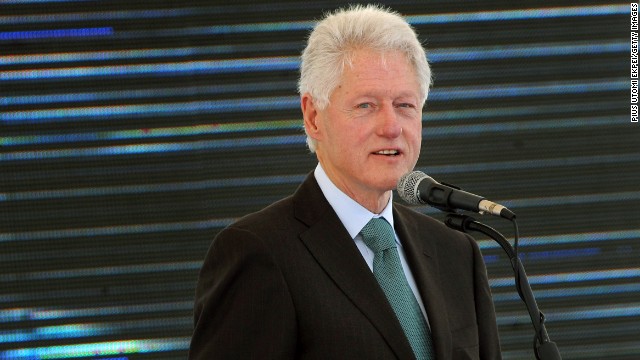 (CNN) - Former President Bill Clinton will be the first recipient of GLAAD's "Advocate for Change" award at the organization's Media Awards in Los Angeles.

"During his administration, Clinton became the first U.S. president to appoint out gay and lesbian people to all levels of government." GLAAD officials said in a statement. "President Clinton's support of the LGBT community and recognition that DOMA, the so-called Defense of Marriage Act, is unconstitutional and should be struck down shows that the political landscape continues to change in favor of LGBT equality."

The statement did not address the fact that it was Clinton who originally signed DOMA into law in 1996.

Clinton addressed the issue in a recent Washington Post editorial in which he called for the Supreme Court to strike down DOMA, saying, "When I signed the bill, I included a statement with the admonition that 'enactment of this legislation should not, despite the fierce and at times divisive rhetoric surrounding it, be understood to provide an excuse for discrimination.' Reading those words today, I know now that, even worse than providing an excuse for discrimination, the law is itself discriminatory. It should be overturned."

GLAAD also cited Clinton's support in recent years of same-sex marriage in New York and North Carolina as examples of "moving our march for equality forward."

The GLAAD Media Awards will be held April 20.