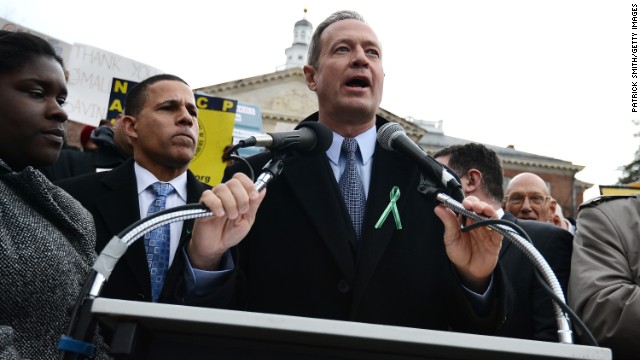 (CNN) - Maryland is set to adopt some of the nation's strictest gun laws after the state Senate passed a bill on Thursday that includes an assault weapons ban and gun magazine limits.

The legislation now goes to Democratic Gov. Martin O'Malley, who is expected to sign it into law.

"With today’s vote, Maryland has chosen to enact a comprehensive, common sense approach to prevent gun violence & make our communities safer,” he posted online after the vote.

It includes a ban on assault-style weapons and sets a 10-round limit for gun magazines, two measures topping the list of many gun control advocates.

Colorado and New York have also tightened their gun laws since the December shooting at Sandy Hook Elementary School in Newtown, Connecticut.

Maryland will join Connecticut and New York, as well as Hawaii, Massachusetts and New Jersey in requiring gun owners to be fingerprinted and licensed by the state under the new law.

The new law also will require training for many first-time gun owners and bans some individuals with mental health issues from gun ownership.

The top Republican in the Maryland state Senate told CNN affiliate WBAL in Baltimore that the actions he thought most likely to reduce gun violence were not in the law.

"The areas we could have helped with - the mental health area or making sure criminals, when they use guns, have tougher sentences or issues related to security officers in schools that would have actually added safety to the process - (are) not in the bill," state Senate Minority Leader E.J. Pipkin said.

But Vinnie DeMarco, president of Marylanders to Prevent Gun Violence, told the station the requirement that gun owners be fingerprinted was an important requirement.

"Fingerprint licensing is the best way to states can prevent gun violence," he said.

Legislation proposing universal background checks on gun sales and other proposals to stem gun violence is working its way through the U.S. Senate. The measure does not include a ban on assault weapons or magazine capacity restrictions.