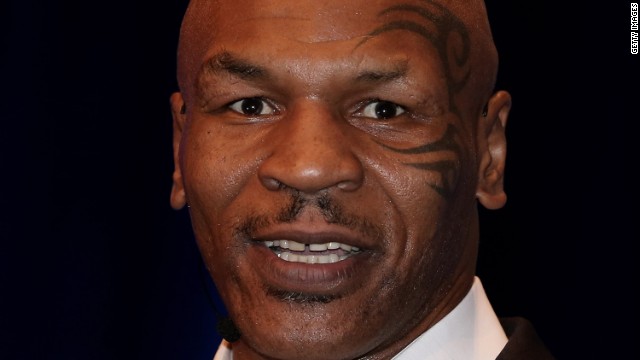 (CNN) - Mike Tyson is putting his weight behind the effort to pardon late boxer Jack Johnson.

His heavyweight political punch, that is.

The boxer is rubbing shoulders with influential U.S. senators in the effort to pardon Johnson, the first African-American world heavyweight boxing champion whose record was marred by his 1913 conviction for transporting a woman across a state line for "immoral" purposes. The woman was white; Johnson was black. They later married.

On Thursday, Sen. John McCain tweeted his support for a petition on the site Change.org started by Tyson. McCain has for years led an effort to obtain the rare posthumous pardon.

Thanks to @MikeTyson for joining effort to pardon Jack Johnson's racially-motivated conviction- sign the petition: http://t.co/QGXJs51Amt

"This unjust prosecution ultimately tarnished Jack Johnson's legacy," the petition reads. "Senator Harry Reid and Senator John McCain have taken up this issue and are working towards a pardon. Let's show President Obama and the White House that we too care about Jack Johnson's legacy by signing this petition. In doing so, we are also righting the legacy of our great country."

Reid met with Tyson on Monday and said the cause was an example of "One great boxer standing up for another."

Tyson wrote that Reid, a former boxer himself, "is quite the boxing historian. An all around great person."

My friend @SenatorReid has had an amazing journey from Washington to the White House. Read his memoir it's compelling and funny.