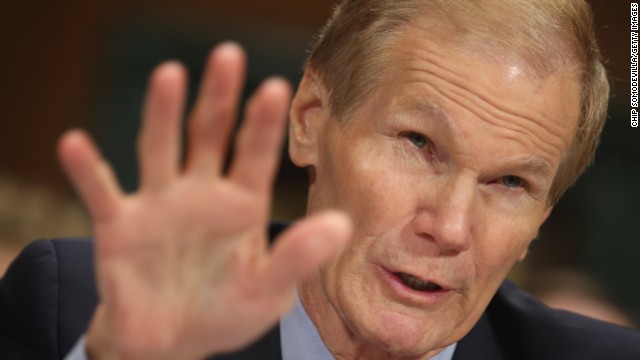 His statement to The Tampa Bay Times quoted the Declaration of Independence and asked, "If we are endowed by our Creator with rights, then why shouldn't those be attainable by Gays and Lesbians?"

"Simply put, if The Lord made homosexuals as well as heterosexuals, why should I discriminate against their civil marriage? I shouldn't, and I won't," he wrote.

Nelson becomes the last Democrat not elected from a conservative-leaning state to endorse same-sex marriage. There are six Democrats in the Senate who have not endorsed same-sex marriage. Those six are Sens. Joe Donnelly of Indiana, Heidi Heitkamp of North Dakota, Tim Johnson of South Dakota, Mary Landrieu of Louisiana, Joe Manchin of West Virginia and Mark Pryor of Arkansas.

The Supreme Court heard oral arguments last week in two cases on the issue, including a challenge to the federal Defense of Marriage Act that defines marriage as between a man and a woman.

Nelson said he will join "the petition of senators asking the Supreme Court to declare the law that prohibits gay marriage unconstitutional."

He was elected last year to his third term in the U.S. Senate.

There are currently two Republican senators, Rob Portman of Ohio and Mark Kirk of Illinois in the body who support same-sex marriage.