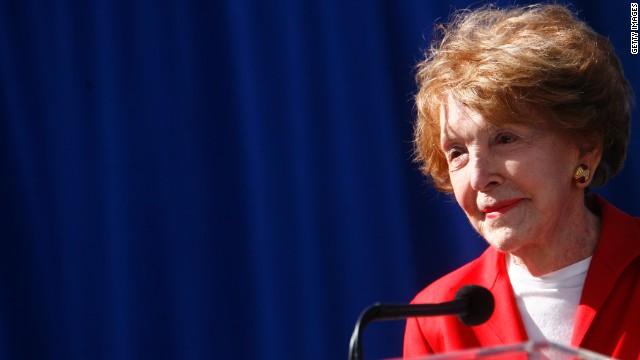 Los Angeles – I am terribly saddened today to learn of the death of Margaret Thatcher. The world has lost a true champion of freedom and democracy.

It is well known that my husband and Lady Thatcher enjoyed a very special relationship as leaders of their respective countries during one of the most difficult and pivotal periods in modern history. Ronnie and Margaret were political soul mates, committed to freedom and resolved to end Communism. As Prime Minister, Margaret had the clear vision and strong determination to stand up for her beliefs at a time when so many were afraid to "rock the boat." As a result, she helped to bring about the collapse of the Soviet Union and the liberation of millions of people.

Ronnie and I knew her as a dear and trusted friend, and I will miss her. The United States knew Margaret as a spirited and courageous ally, and the world owes her a debt of gratitude.

My heart goes out to Mark, Carol and the entire Thatcher family.