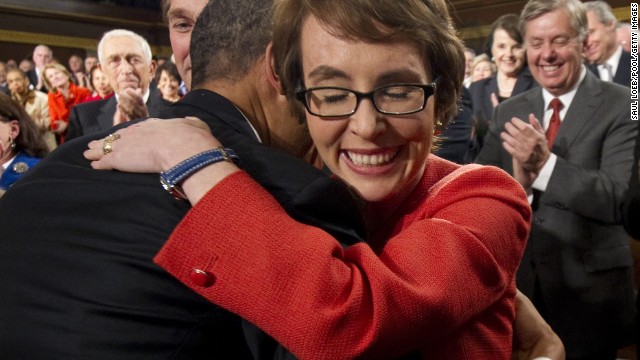 Washington (CNN) – Gabby Giffords is planning to come to Washington, D.C., next week, just as the Senate will be immersed in debate over new gun legislation, which she has been lobbying senators to support.

Giffords, who plans to travel with husband Mark Kelly, will attend an unveiling of a bust of Gabe Zimmerman, one of her former aides who was killed along with 5 others the day she was shot in 2011.

The bust will be displayed inside a room named for Zimmerman inside the Capitol Visitors Center.

The event has been planned for a couple of months, and happens to coincide with the Senate gun debate, according to Pia Carousone, executive director of Giffords’ and Kelly's group Americans for Responsible Solutions.