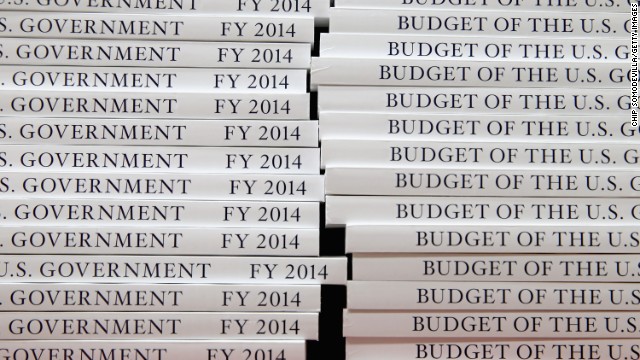 (CNN) – The budget unveiled this week by President Barack Obama, characterized by the White House as a compromise package, was dismissed Saturday in the weekly GOP address for its tax increases on wealthy Americans.

"If we were to implement the president's budget, taxes would go up on just about every American, including middle-class families," Rep. Jackie Walorski, R-Indiana, said in the address, adding Obama's budget "isn't what compromise looks like."

"When I grocery shop each weekend, I talk to moms and dads who are concerned about the rising cost of groceries and the prices at the pump. The last thing American families can afford is more tax hikes from Washington," she continued.

The fiscal year 2014 budget that Obama proposed Wednesday included tax increases that would primarily hit high-income households and corporations, as well as major changes to Medicare and Social Security.

Those changes caused consternation among some of Obama's supporters on the left, who argue altering entitlement programs could leave vulnerable Americans without enough support.

Meanwhile, Republicans have protested the package's tax increases, as well as the fact the budget doesn't balance. The $3.77 trillion proposal would cut deficits by $1.8 trillion over the next decade.

"The White House says the president's budget never balances – ever, failing to meet the most basic principle of budgeting for every family and small business," Walorski said in the GOP address.

"The president's budget isn't a compromise; it's a blank check for more spending and more debt," she continued. "If that were the answer, millions of Americans wouldn't be leaving the workforce and asking 'where are the jobs?'"

Instead, Walorski argued for the budget passed by the GOP-controlled House, which balances in ten years through major reforms to entitlement spending, repealing Obama's health care law, and reforming the tax code.

"These are good ideas and we're ready to act on them," Walorski said, adding Obama "should work with Republicans to find common ground so we can balance our budget, grow our economy, and improve the lives of American families."