Washington (CNN) – Four Republican senators who were on the fence about a bipartisan compromise on gun control said on Monday they would now oppose the measure.

Sens. Saxby Chambliss of Georgia, Roger Wicker of Mississippi, and Richard Burr of North Carolina told CNN of their plans regarding the deal struck by Sens. Pat Toomey, R-Pennsylvania, and Joe Manchin, D-West Virginia, to expand background checks to private transactions at gun shows and in online sales.

Sen. Jeff Flake of Arizona announced his decision on his Facebook page.
END_OF_DOCUMENT_TOKEN_TO_BE_REPLACED

In wake of Boston attack, King cautions against cuts to local law enforcement

"We have to be aggressive and never let our guard down," Rep. Peter King told CNN, hours after bombings at Monday's Boston Marathon killed three people and sent more than 130 people to hospitals.
END_OF_DOCUMENT_TOKEN_TO_BE_REPLACED 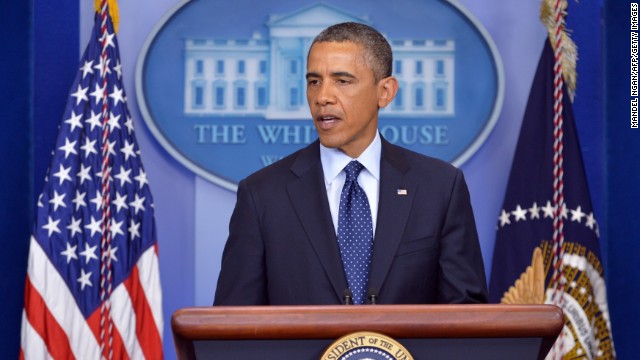 (CNN) – President Barack Obama delivered a statement on the Boston bombings Monday from the Brady Press Briefing Room in the White House, where he vowed to get to the bottom of the deadly attack and pledged the "full resources" of the federal government to respond.

See his full remarks below.
END_OF_DOCUMENT_TOKEN_TO_BE_REPLACED

"We still do not know who did this or why," he said from the Brady Press Briefing Room, cautioning people against jumping to conclusions. "But make no mistake, we will get to the bottom of this, and we will find out who did this, we'll find out why they did this."
END_OF_DOCUMENT_TOKEN_TO_BE_REPLACED 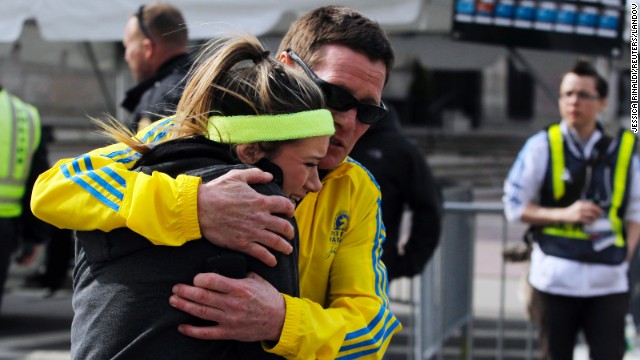 BREAKING: POLICE: 2 DEAD AFTER BLASTS AT BOSTON MARATHON… In the aftermath of two bomb blasts near the finish line of Monday's Boston Marathon, Boston police confirm two dead and 46 injured, according to Cheryl Fiandaca, head of media relations for the Boston police.

– Boston's fire chief told other law enforcement authorities that they have found what they believe is an unexploded explosive device, a government official tell CNN's Joe Johns.
– The FAA has placed a Temporary Flight Restriction over the site of the explosion in Boston at the request of law enforcement. The flight restriction is a three nautical mile radius from the site and extends from the surface to 3,000 feet. The restrictions do not affect commercial air traffic operations at Logan Airport.
– The Boston Marathon Facebook page says: “There were two bombs that exploded near the finish line in today's Boston Marathon. We are working with law enforcement to understand what exactly has happened.”
– There were no credible security threats ahead of the Boston Marathon, according to a state government official.
– Metropolitan Police in Washington D.C. are at a heightened level of security, according to D.C. Police Public Affairs Specialist Saray Leon. New York City and San Francisco police have been placed on a heightened state of alert.

This is a developing story, tune in to CNN and visit CNN.com for the latest news.

END_OF_DOCUMENT_TOKEN_TO_BE_REPLACED 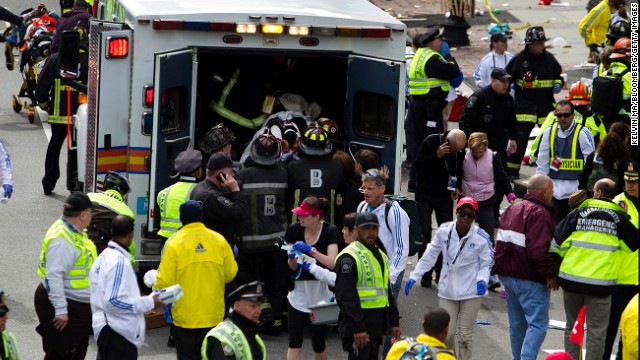 (CNN) - Candidates in this month's primaries for the special U.S. Senate election in Massachusetts announced they were suspending campaign activity Monday as authorities continue to investigate apparent bombings at the Boston Marathon.

Rep. Ed Markey, the Democratic frontrunner, said he was "disturbed and saddened" by the explosions that left dozens injured and caused multiple deaths.
END_OF_DOCUMENT_TOKEN_TO_BE_REPLACED

Washington (CNN) - Supporters of a bipartisan compromise to expand background checks for guns sales currently don't have the 60 votes they will need to win approval of their amendment so a vote on the proposal - which was expected midweek - is unlikely before the end of the week, Sen. Joe Manchin, D-West Virginia, told CNN in an exclusive interview Monday.

The vote is being pushed back so Manchin and others can build support for the controversial plan.
END_OF_DOCUMENT_TOKEN_TO_BE_REPLACED

On a call about guns, Biden reacts to Boston explosions

(CNN) - Vice President Joe Biden was on a conference call about legislation to combat gun violence Monday when he heard about the apparent bombings at the Boston Marathon.

Meanwhile, a White House official said the president has been notified of the explosions.

"His administration is in contact with state and local authorities. He directed his administration to provide whatever assistance is necessary in the investigation and response," the official said.

(CNN) – An award for drone operators that drew an angry response from lawmakers was downgraded to a lesser distinction Monday by Secretary of Defense Chuck Hagel.

The Distinguished Warfare Medal, which was approved last month by Hagel's predecessor, Leon Panetta, was to recognize "extraordinary direct impacts on combat operations." But the honor denotes that the action is not bound by a "geographic limitation," meaning operators on unmanned drones would have been eligible.
END_OF_DOCUMENT_TOKEN_TO_BE_REPLACED

(CNN) – President Barack Obama is "aware" of the Philadelphia doctor accused of murdering newborns and one woman, but can't take a position on it since the trial is ongoing, his press secretary said Monday.

The trial of Kermit Barron Gosnell has garnered renewed attention in the past week as some conservatives have protested the lack of coverage of the case in the mainstream media.
END_OF_DOCUMENT_TOKEN_TO_BE_REPLACED