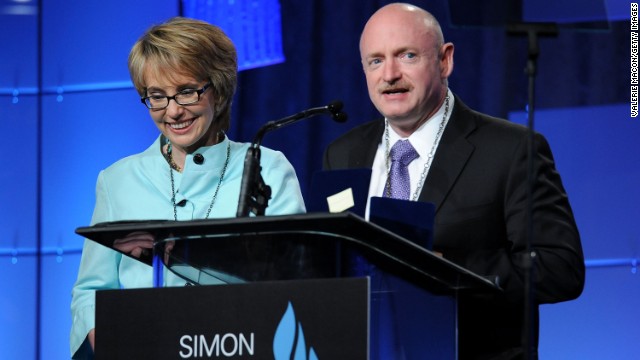 Kelly says he’d work to defeat a friend, Sen. Flake, if need be

(CNN) - Mark Kelly, husband of former Rep. Gabrielle Giffords, said he might use their gun control advocacy group to work toward the ouster of Sen. Jeff Flake in 2018 if the Republican senator from Arizona votes against firearm legislation.

"You know friendship is one thing … saving people's lives, especially first-graders', is another," Kelly said at a Washington breakfast hosted by the Christian Science Monitor.

His comments were recorded by C-SPAN.

Flake announced Monday night on his Facebook page he would oppose the bipartisan compromise reached last week on background checks, saying the deal could still be too intrusive on certain private transactions.

At the breakfast, Kelly labeled the timing of the post as "not ideal” but suggested he could still persuade Flake to join their side.

"He is a friend of Gabby's. I don't think this is over with him. We certainly haven't given up," he said. "I view him as a reasonable person. … I think we can get him to come around."

Kelly and Giffords were in town Tuesday to attend a dedication ceremony for a room at the Capitol named after Gabe Zimmerman, her former aide who died in the same mass shooting that wounded Giffords more than two years ago.

Kelly and Giffords launched the nonprofit group, Americans for Responsible Solutions, in January. The couple, both gun owners, have been advocates for tighter gun laws since the Newtown elementary school shooting that left 20 children and six adults killed.

Responding, Flake issued a statement through his office.

“I respect Gabby and Mark and their strong viewpoints on this issue,” the senator said.